Back in early October, Philips announced HomeKit support for their popular HUE line of smart light bulbs. They also released a new HomeKit Upgrade Bridge for existing users, but was hard to find in Canada due to the popularity of the upgrade program.

That has changed as Apple.ca now carries the HUE HomeKit Upgrade Bridge, priced at $39.95 CAD (it costs $40 USD so we’re saving on the exchange rate; previously priced at $59.95) with free shipping.

While shipping availability is pegged at 2-3 weeks, buying online from Apple pretty much guarantees you’ll receive one in time for Christmas. The added HomeKit support means you can use various Siri commands to control lighting modes and levels in your home, instead of just using the Philips iOS app. 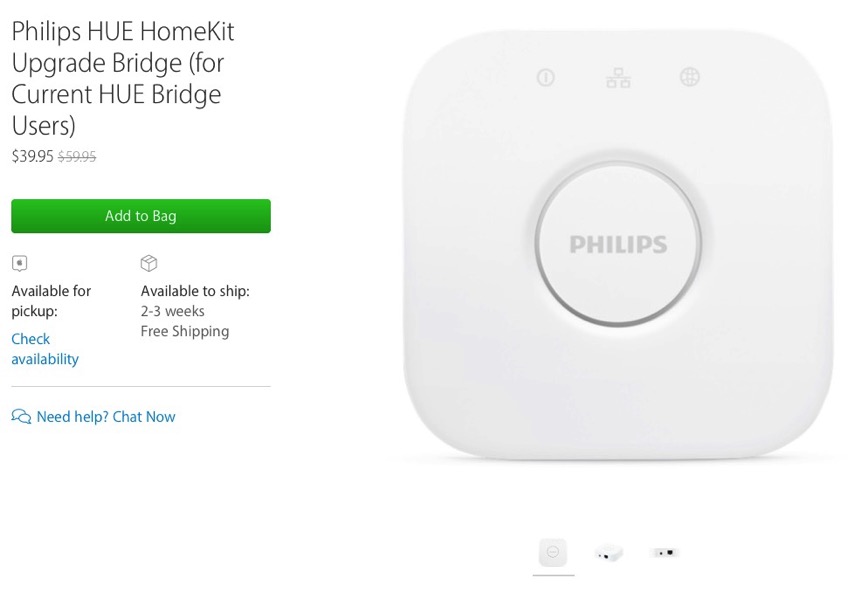 Let us know if you’re going to jump on this. You may also be able to find this within Apple Stores as well. Let us know in the comments if you see it in stock!

Google today officially announced its wired, second-generation Nest Doorbell. The company was originally expected to unveil a slew of new Nest devices at its Pixel launch event on Thursday, October 6. However, the wired Nest Doorbell leaked on Monday and reports indicated it would go on sale before Thursday's event. https://youtu.be/N_xfwAm79iY Google's new Nest Doorbell...
Nehal Malik
47 mins ago