Apple announced at WWDC 2014 developers would soon have access to actionable widgets in Notification Center in iOS 8. This means quicker access to control apps and more, including wireless home accessories like the Philips Hue lightbulb.

Philips teased a concept prototype of what Hue access from Notification Center could look like yesterday—and it got people really excited: 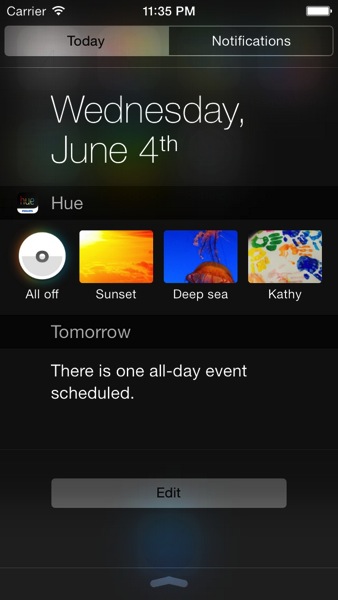 This is a concept prototype we produced, to show providing hue access from the notification centre pic.twitter.com/kvqB2arCfH

Normally Apple would have companies keep their final iOS 8 ambitions under wraps but this time around it seems they are being encouraged to talk about them. Earlier this week we saw Fleksy show off their new system-wide keyboard set to debut in iOS 8.