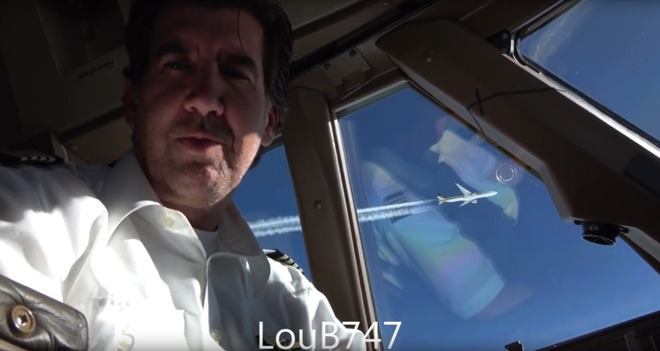 A new video shows Apple’s AirDrop technology being used to send pictures taken from one plane to another in-flight, at 35,000 feet.

Frequent YouTube poster LouB747 posted the video on Aug. 3. The video depicts him in the pilot seat, communicating from 35,000 feet, with the other Singapore Airlines plane at 36,000 feet in close proximity. The pilot sent pictures of the plane in flight to the other plane, with the recipient acknowledging receipt on the plane’s radio.

The physics of Wi-Fi and Bluetooth are a bit different at altitude, with no intervening obstacles other than the aircraft’s skin.