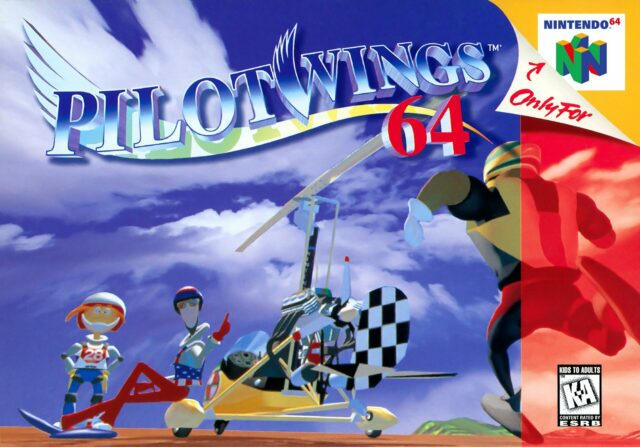 Nintendo has revealed that Pilotwings 64 will be making its debut on Nintendo Switch Online + Expansion Pack later this month. On October 13th, players can take to the sky in this flight simulator title.

After mysteriously not releasing a title in September, Nintendo seemingly returns to adding a new monthly game to its Nintendo Switch Online + Expansion Pack subscription. Pilotwings 64 was first launched on Nintendo 64 in 1996. It was a launch title for the console alongside Super Mario 64. The game also serves as a prequel to Pilotwings on the Super Nintendo Entertainment System.

In the game, players take on the role of one of six pilots. The goal of the game is to earn your pilot license by completing various aviation challenges. Players step into various vehicles in order to complete these challenges. During this, a player is tested not only on time but on damage, fuel usage, accuracy, and landing. After which, players are awarded either bronze, silver, or gold.

At launch, Pilotwings 64 was received quite well. The game was developed by Nintendo and Paradigm Simulation. The series was then later on hiatus. It wasn’t until 2011 that Pilotwings took flight once more with Pilotwings Resort for Nintendo 3DS.

Nintendo Switch Online + Expansion Pack is a subscription service for the Switch console. It offers access to a growing roster of classic Nintendo 64 and Sega Genesis titles. The annual subscription is available in Canada for $63.99/year. Each month, Nintendo adds a new title to its service, including games like Banjo-Kazooie, Mario Golf, and more recently, Wave Race 64.

However, Nintendo mysteriously missed adding a new game during the month of September. With Pilotwings 64 now revealed to be joining the fold, we’ll have to wait and see if the company will double dip in October or not.