Pinterest has today announced the launch of a new app in partnership with Shopify, that offers over one million merchants a quick way to upload catalogs to the platform and turn their products into shoppable Pins. The app offers a suite of shopping features, including automatic daily updating of products and an ad-buying interface. 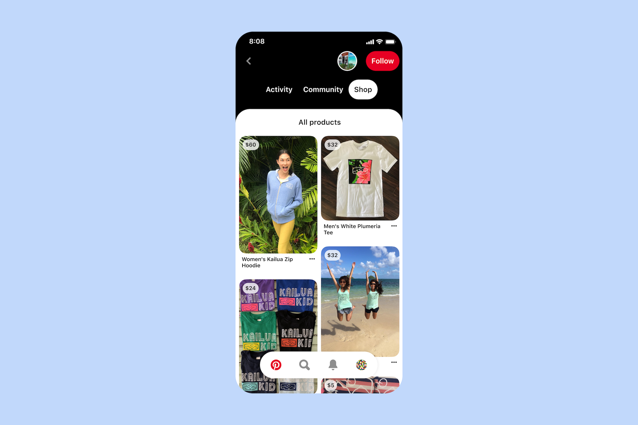 Available now on Shopify, the new Pinterest app lets merchants easily set up and access distribution across Pinterest with or without ads, as well as report and track results to maximize reach. The app also automatically creates a connection between the individual store and Pinterest without requiring any code editing.

A new shop tab is also added to the merchant’s Pinterest profile as an additional way for their products to be discovered.

By uploading their catalog feed, merchants make it possible for people to discover and save their products and buy directly from their website. People come to Pinterest with an intent to plan and purchase. The number of Pinners who have engaged with shoppable Product Pins has increased 44 per cent year-over-year, and total traffic to retailers has increased by 2.3x year-over-year.

Shopify merchants in the U.S. and Canada can install the tag starting today, and the integration will go live to merchants in countries where Pinterest ads are available including Australia, France, Germany, Italy, Spain, and the UK in the coming weeks.