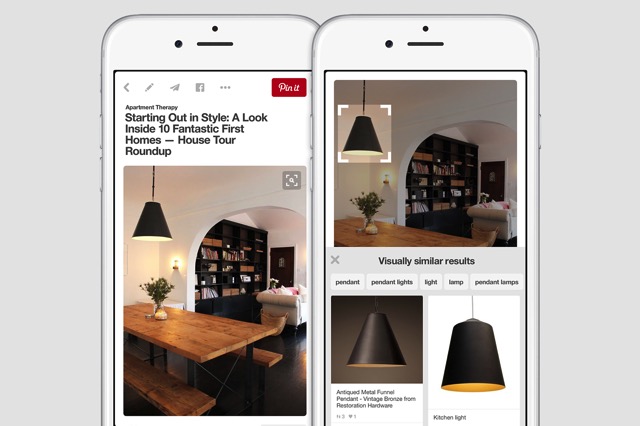 Pinterest has today announced a cool new feature, that lets you find all those things on Pinterest you don’t have the words to describe. Using the visual search option, simply select the part of the Pin you’re interested in and you’ll be shown Pins visually similar to that object. You can also filter your visual search results by topic so you find exactly what you’re looking for.

“There’s that perfect lamp hiding in a Pin of someone’s living room, or maybe a random street style shot with the exact shoes you’re looking for. So if you zoom in on that lamp, you can discover what it’s called (“Antiqued Metal Funnel Pendant”), and where you can find it (Restoration Hardware). If you want to know more—like how to get a table like that—just resize your selection and move it around to instantly see more Pins”.

The new feature is set to go live within the next 24 hours on the web as well as on the iOS app. Once you try it out, do tell us how accurate the feature is and if it actually helped you find exactly what you were looking for.