Disguised as Sudoku game, a free-to-play iOS app called Zoshy+ has been allowing users to stream thousands of pirated movies and TV shows for free, and has recently climbed the Puzzle game charts on the App Store (via 9to5Mac). 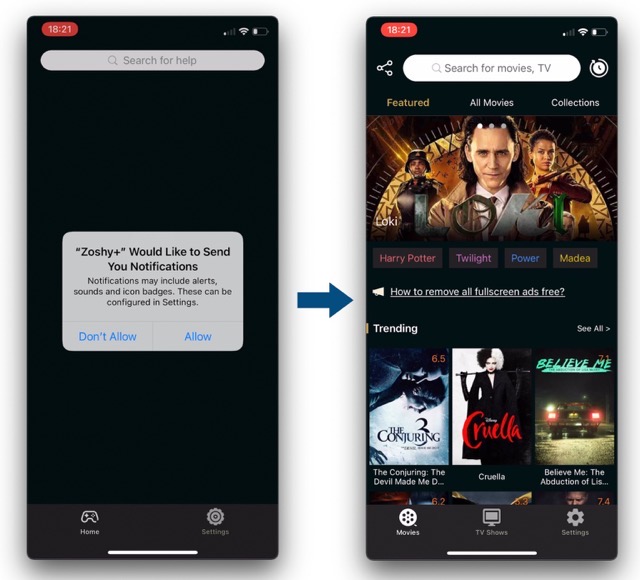 “It’s really good because I can watch shows that aren’t on Netflix,” noted one reviewer of the Zoshy+ app, which has been listed in the App Store for about three weeks.

When the Zoshy+ app is installed and launched for the first time, the basic shell of the Sudoku’s game’s UI is presented. This initial state matches what is shown in the app’s screenshots. After a few seconds, all of the content in the app is replaced with a video browser interface.

“It seems likely that when the app was submitted for review, only the embedded Sudoku features were activated for the App Review team to test. The developer later enabled the alternate behavior via a server-side change.

The functionality of the application is surprisingly sophisticated and rich with top charts, trending and featured content carousels to explore. Apart from the incessant ads, it could almost pass off as a legitimate Netflix competitor.”

As expected, the app has now been pulled from the App Store but you never know, it might pop up again under another name on the App Store.