Apple is slowly expanding its Apple Store locations across Canada. Here in Vancouver we are lucky to have three locations. In Quebec, their fourth store is under construction and is slated to open soon in mid-November, at Place Ste-Foy, according to an article from Cyberpresse.ca.

Google Translate: The computer giant Apple finally open its first Apple Store in the capital at Place Ste-Foy next month. “We certainly talk about mid-November, said yesterday at Sun a source familiar with the matter.

iPhoneinCanada.ca reader Mathieu G. was keen enough to send in some on the ground photos of the Apple Store’s progress: 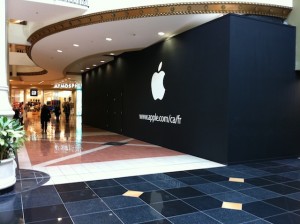 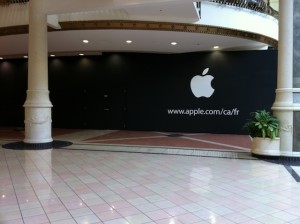 As with any other Apple Store opening, the first 1000 visitors will get a free tshirt. Anyone going to start lining up…today?