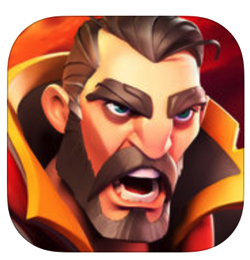 Fast Forward has soft-launched ‘Planet of Heroes’ in the App Stores of Canada, Germany, and Singapore. According to Touch Arcade, the built-for-mobile MOBA ‘Planet of Heroes’ features attractive art style and character designs, along with great animations which almost makes it look like an interactive cartoon.

“Average match time is around 7 minutes according to Fast Forward, which might still be a little long for mobile but is much shorter than a desktop MOBA. Also, along with PvP, there will also be PvE and a full campaign for gamers to play through which will help you earn rewards that you can use to upgrade the game’s robust cast of characters”.

Last year, My.com announced that they had formed a new internal studio ‘Fast Forward’ who would be developing a built-for-mobile MOBA. It’s been nearly six-months since then and this week, Fast Forward has finally launched the title.

The studio has also put together a new trailer, that gives you a good idea of what you can expect in Planet of Heroes. Check it out and tell us what you think:

Apple has today highlighted how the company and its employees support organizations and communities around the world through volunteering, donations, and learning programs. Since its inception 11 years ago, Apple’s Employee Giving program has raised over $880 million dollars for almost 44,000 organizations globally. That includes the work of more than 76,000 employees who have...
Usman Qureshi
32 mins ago