Cloud gaming service Rainway recently announced the launch of its peer-to-peer game streaming app for iOS, which allows users to play their favourite PC games on their iPhones, iPods, and iPads for free. The app also features support for the PlayStation DualShock, Xbox One Controller, and MFI controllers (via VentureBeat).

“Our mission is to enable PC gamers around the world to have the gaming experience they desire on any screen. Rainway for iOS is the first of many new products and features we have planned in the pursuit of our mission,” said Andrew Sampson, CEO, and co-founder of Rainway, Inc. “We’re committed to breaking down barriers that have kept gamers from playing the games they own with the freedom and choice they deserve.”

To play PC games on your iPhone or iPad, all you need to do is download the Rainway app from the App Store start streaming games from services like Steam. The service works peer-to-peer instead of using cloud which is why the company is offering it for free. 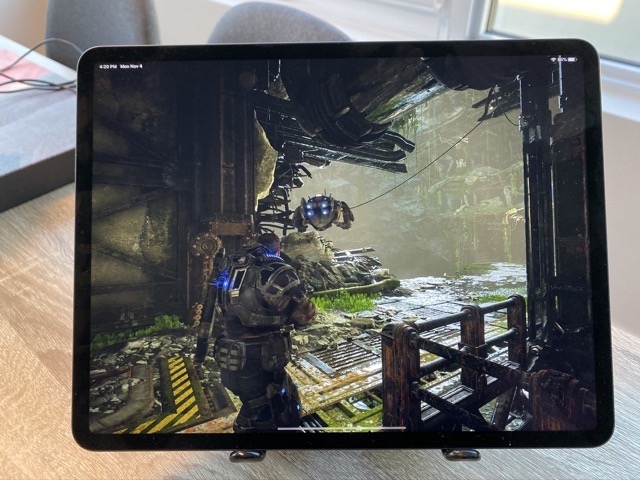 (Gears of War 5 Playing on iPad via Runway)

For those wondering how the app works, when you launch a game via Rainway that is running on your gaming PC at home, the app captures the screen in real-time and encodes it to a stream. That stream is then sent using low-latency networking to the connected device which renders the images.

On the iPad Pro, Rainway says you can play your PC games at up to 120 frames per second. To learn more about Runway, follow this link.

Apple has shared another informative video on its YouTube support channel, and this one explains how you can use two cellular lines on a single iPhone with Dual SIM support using an eSIM or a digital SIM. For those who don’t know, an eSIM is a digital SIM that allows you to activate a cellular...
Usman Qureshi
7 hours ago

Google on Thursday shared a teaser video for its first smartwatch, dubbed the Pixel Watch, ahead of its expected announcement at a launch event confirmed for October 6. Check out Google's full Pixel Watch teaser below: https://www.youtube.com/watch?v=_p7v1PTABSU The teaser introduces us to the design of Google's oft-rumoured smartwatch against the backdrop of some thumpy music,...
Nehal Malik
7 hours ago