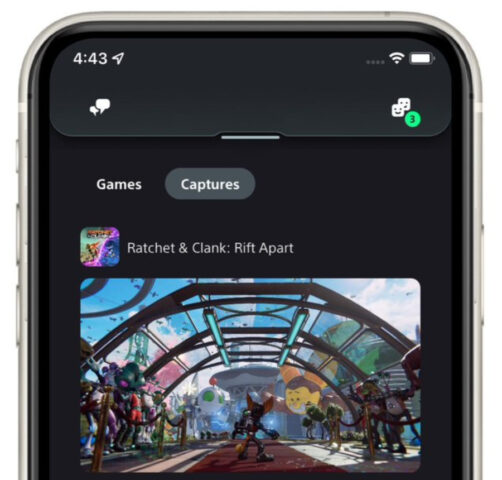 Sony has announced that a limited-release beta for the PlayStation App will finally enable users to access game captures on their mobile device. Currently, the new feature is being tested in Canada and Japan on iOS with Android support on the horizon.

The announcement of mobile game capture support game byway of PlayStation Canada yesterday afternoon. The Twitter account noted that at the time, the feature was “starting to roll out”. More information on the limited-release beta was accessible through the PlayStation Support page.

A limited-release beta enabling PS5 players in Canada and Japan to share their captured screenshots and game clips through PlayStation App is starting to roll out today. For details, check out: https://t.co/afVHXLbJsZ pic.twitter.com/WMVWqHP1GY

As of the time of writing, the PlayStation App beta is only accessible in Canada and Japan. Once the app has been updated and the feature is enabled, the PlayStation 5 will begin to auto-upload game captures to the cloud. Sony notes that only non-4K gameplay videos lasting less than three minutes long and screenshots that are taken from the Create Menu or Create button shortcuts will be uploaded.

Users can then access the videos or screenshots on their mobile device, save them, and share them online or share them in a Party using Game Base. Prior to this, users would either have to manually upload each game capture to social media on the PlayStation 5 console or transfer them to a computer using a hard drive.

Sony notes that game captures will only be available in the PlayStation App “for 14 days after they are created on your PS5 console.” Additionally, any game captures saved on your console prior to the beta will not be uploaded to the cloud for use on mobile. Lastly, the PlayStation 5 will need to be left in rest mode and have the ‘Stay Connected to the Internet’ setting enabled for the feature to work.

There is no beta registration required. If you are a PlayStation 5 owner in Canada or Japan, you can install the PlayStation App on your iOS device and take advantage of the new features right away. Android support will be phased in and may take up to a week or more.