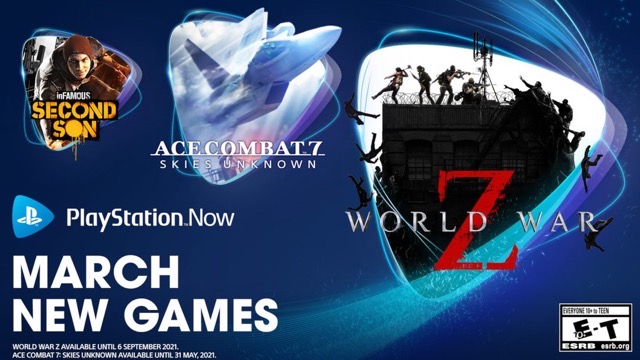 Take on huge zombie swarms in story-driven campaigns set in the same world as the hit film,, fully playable in online co-op for up to four players. You can also choose to fight other players for survival in a range of intense Player vs Player vs Zombies game modes.

Available on PlayStation Now until September 6, 2021

Choose from an array of authentic modern and futuristic aircraft and load them up with an arsenal of cutting-edge super weapons as unfolding events drive you into ever more dangerous aerial face-offs. Ace Combat 7 also includes exclusive PS VR-compatible missions to create anew level of death-defying immersion.

Available on PlayStation Now until May 31, 2021

Push your awesome abilities to the limit and see how your choices affect the city of Seattle and the people around you: hijack the powers of other superhumans, soar across the Seattle skyline and choose how your own story plays out.

Blurring the lines between cautious strategy and unbridled mayhem, Superhot is the FPS in which time moves only when you move. It’s just you, outnumbered and outgunned, grabbing the weapons of fallen enemies to shoot, slice, and maneuver through a hurricane of slow-motion bullets.