Here are the games which will be included in the PS Plus Collection.

From our third-party publishers and developers: 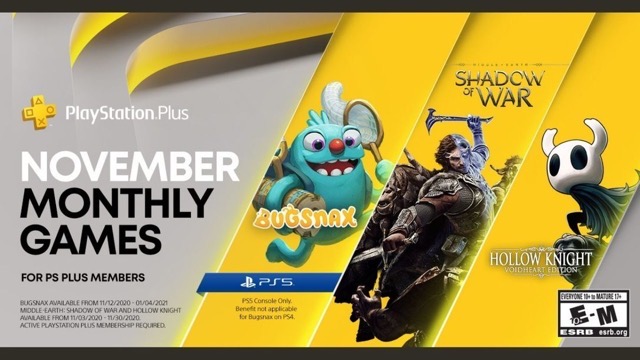 Sony has also revealed its PS Plus monthly free games lineup for November 2020, which includes Middle-earth: Shadow of War and Hollow Knight: Voidheart Edition, both dropping on Tuesday, November 3.

PS Plus members who own a PS5 console will receive the PS5 version of Bugsnax when the console launches, beginning November 12.