Sony has today announced on its official blog that the latest free download for PlayStation Plus members will be 2009 blockbuster Call of Duty: Modern Warfare 2, fully remastered for a new generation, available as part of the monthly games lineup for August. 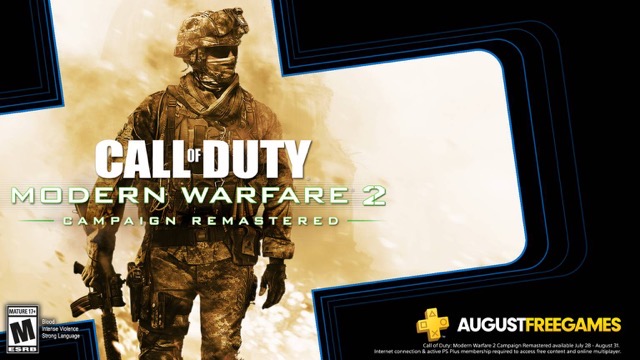 The single-player campaign on Call of Duty: Modern Warfare 2 has been fully remastered with improved textures, animations, physically based rendering, high-dynamic range lighting and much more. The game will be available to download tomorrow, Tuesday July 28 until Monday August 31.

“Test your mettle in brutal free-for-alls or co-op challenges where only the winning team advances to the next round. Bend, bounce and bash your way through hilarious physics-based obstacles, from smashing through doors, to balancing on massive see-saws, to racing up mountains riddled with traps. Add a touch of style to your Fall Guy by customizing them with everything from classy pineapple couture to flattering prehistoric fashion.”

Last but not the least, Sony has announced that another free online multiplayer weekend is coming to PS4 next month, starting Saturday August 8 at 12:01am through Sunday August 9 at 11:59pm local time.

Sony and PlayStation are kicking off 2023 with a brand-new marketing initiative. Thanking fans for their patience worldwide as the company faced supply chain hurdles, PlayStation is launching its "Live from PS5" spot and announcing an increase in console supply. In a PlayStation Blog post, Isabelle Tomatis, VP of brand, hardware, and peripherals at Sony...
Steve Vegvari
24 mins ago