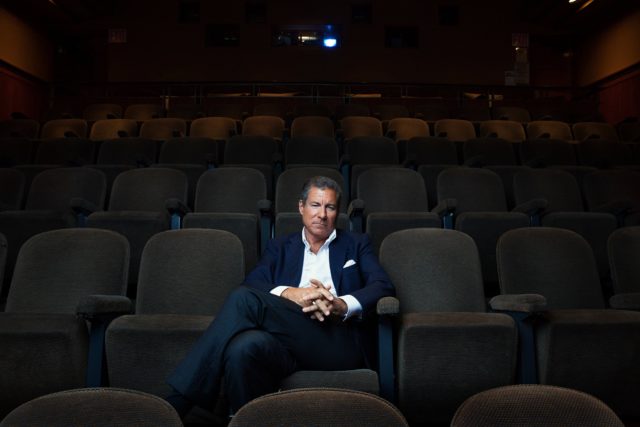 Plepler, who previously worked at HBO for 27 years before the premium cable company was purchased by AT&T, recently founded Eden Productions, a production company that will now exclusively create content for Apple TV+.

According to a new report from the New York Times, Plepler’s newly-launched production company will create television series, documentaries, and feature films for the newly-launched streaming service. Eden will be based in New York and focus on a “few select programs.”

“I’m excited to work with Zack, Jamie and the standout team at Apple who have been deeply supportive of my vision for Eden from Day One,” said Plepler. “The shows that Zack and Jamie produced [at Sony], The Crown and Breaking Bad, are among those I most admired. Apple is one of the most creative companies in the world and the perfect home for my new production company and next chapter.”

Plepler worked at HBO for three decades and was the chief architect of its creative renaissance with Game of Thrones, Silicon Valley, Boardwalk Empire, Succession, Chernobyl, and Big Little Lies. During his tenure, HBO won more than 150 Emmy Awards.

In the Times report, Plepler is quoted as saying he did not want to “duplicate” his time at HBO but felt that Apple “was the right idea very quickly, just because it was embryonic enough that I thought maybe…I could make a little contribution there.”

Talks between Plepler and Apple, which launched its streaming service on November 1 with a slate of big-budget original series including The Morning Show, Dickinson, For All Mankind and See, were first reported six weeks ago.

Plepler’s move to Apple is the latest chapter in the war for talent as media giants like Apple, Disney, NBCUniversal and WarnerMedia all launch their own direct-to-consumer platforms in a bid to compete with established players such as Netflix, Amazon, and Hulu.

Brazil's Federal District Consumer Defense Institute (Procon-DF) earlier this month confiscated hundreds of iPhones from retail stores in the nation's capital of Brasília over the lack of a charger in the box — reports Tecnoblog (via Macworld). This marks the latest escalation in Apple's ongoing conflict against Brazil over the tech giant's removal of chargers from...
Nehal Malik
56 mins ago