Popular media server Plex has today announced the launch of a new ad-supported video streaming service that allows Plex users in over 200 countries to enjoy movies and TV shows for free without any subscription. The content will include movies, TV shows, extreme sports films, music documentaries, Bollywood musicals, and more. 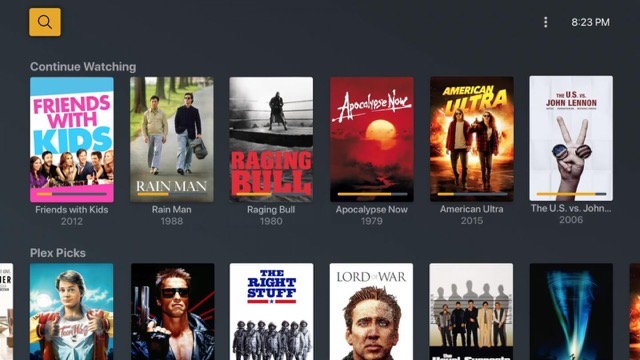 Plex says its service will include thousands of movies and shows from studios like MGM, Warner Bros. Domestic Television Distribution, Lionsgate, and Legendary. Initially, the service will feature both pre-roll ads and traditional ad breaks, but Plex promises almost 60% fewer ads than what you’d otherwise find on broadcast TV.

Users will see recommendations for movies and TV shows available on the service based on their existing media library, with content streaming at up to 1080p quality:

“If you already have content inside Plex: Congrats! Your mediaverse just got a little bit bigger. New free movies and series content will be available in your navigation and homescreen just like all of your other media in Plex, which you can customize or turn off.

If you don’t have content inside Plex: It’s now easier than ever to experience the highest-rated media app around. Enjoy our best-in-class interface for streaming the movies, TV shows, podcasts, documentaries, and music you love.”