Last week, Plex announced that its Live TV service is free for all for the next three months and today, the company has rolled out several improvements and brand new features to Live TV, making it significantly faster, more customizable, and easier to navigate. 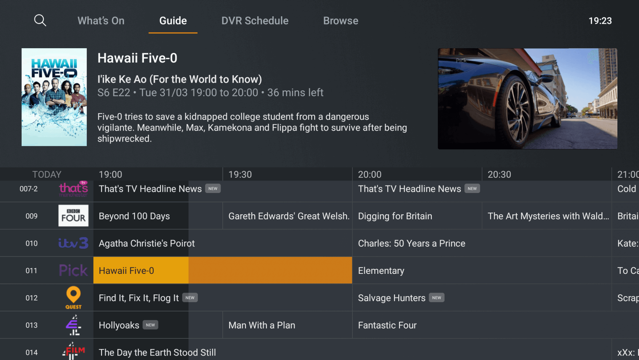 Plex Live TV now offers an improved program guide, including a better overall aesthetic, faster scrolling, and picture-in-guide views, a feature now also available on Apple TV, so that users never lose sight of what they’re currently watching while looking at the channels guide, or setting a new recording.

It is now easier to record and access closed captions with new controls on the play screen so users can do more without missing a moment of tiger current program. Chromecast support is available now on iOS with Android support coming soon as well.

New hubs, gathering similar kinds of programming together so you can see what movies are coming on later or what your kids can watch. These hubs are available on Android, Apple, Roku, and the Plex web app.

You can sign up and learn more about all the new Plex Live TV features at this link.