Toronto-based robotics company DreamQii has successfully raised over $2.5 million in funding at Indiegogo for the production of a photography drone called “PlexiDrone”, which has now become the highest grossing Canadian campaign ever. The portable and sophisticated PlexiDrone can be easily operated by a smartphone (such as iOS) or tablet, allowing users to take breathtaking aerial photographs and videos. 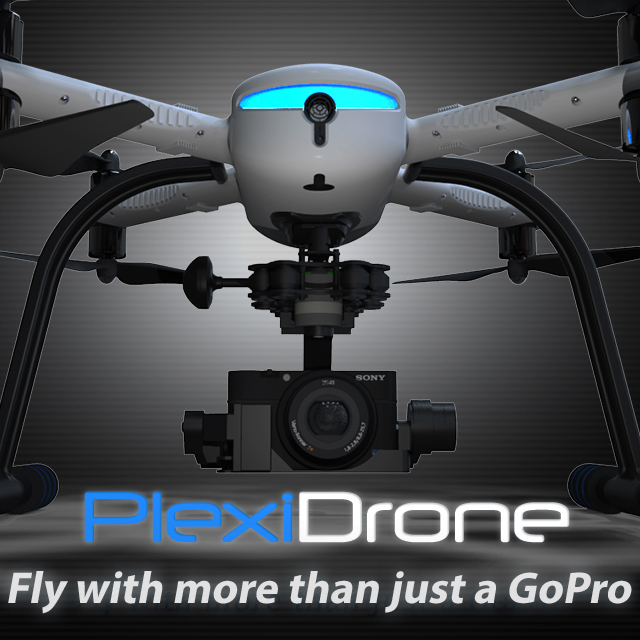 Klever Freire, DreamQii founder and CEO, said, “We are humbled by the global support PlexiDrone has received”. He added that the product has been designed with both consumers and professionals in mind. “Our supporters and backers enabled us to build the world’s best and easiest to use aerial photography drone”.

PlexiDrone snaps together in under a minute and is ready to fly right out of the box offers a unique combination of features, including simplified multi-vantage-point swarm filming, GPS “follow me”, advanced obstacle avoidance, voice alerts and retractable landing gear providing a 360-degree unobstructed field of view, allowing users to easily produce professional looking photos and videos.

“We could not be more thrilled for DreamQii’s success and have been proud to support these entrepreneurs on every step of their journey,” said Valerie Fox, Executive Director of the DMZ at Ryerson University. “It is forward-thinking innovators like those at DreamQii that will take Canada to new heights of economic development.”

DreamQii’s PlexiDrone campaign was exceptionally well executed,” said Steve Tam, Tech, Hardware, & Design Projects at Indiegogo. “They were able to sustain steady growth throughout their campaign and they continue to experience strong growth as one of the first Indiegogo campaigns to enter InDemand.”

The Plexidrone is available for purchase online from PlexiDrone’s campaign on Indiegogo.