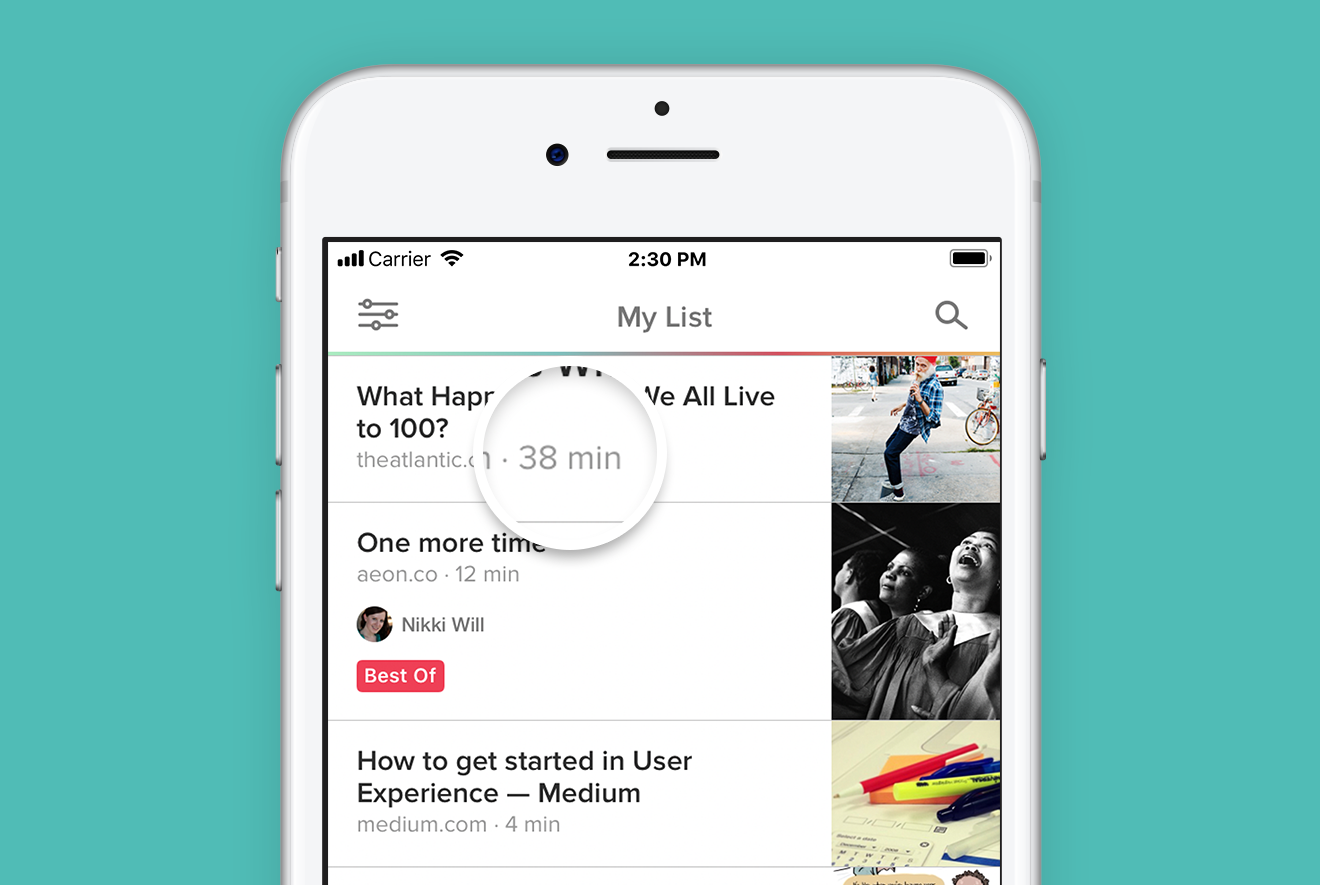 Pocket, a popular application to save webpages to read later, has released an update today for their iOS and Android app that introduces time estimates.

Reading any article on the web can be challenging as you can never approximate how long it will take to read it. What happens when you have a small amount of time to read a story?

The company has introduced time estimates to each story that gives you an approximate time it will take to read the article. Next time you have a few minutes to spare, you can pick an article that you can finish in that amount of time.

Time estimates are currently available to users who have their language set to English. The company has confirmed that support for more languages will be coming in the near future.

Pocket is available as a free download from the App Store. The app requires any device running iOS 9.0 or later and contains in-app purchases ranging between $6.99 and $62.99.