Apple announced at WWDC’s opening keynote the Podcasts app was set to get an overhaul in iOS 11, which includes how episodes can be structured for listeners.

At Apple’s podcasting session yesterday on the last day of WWDC, more details were shared on what’s coming. Apple will soon enable new ways for podcast feeds and how episodes are laid out, according to Six Colors:

New extensions to Apple’s podcast feed specification will allow podcasts to define individual seasons and explain whether an episode is a teaser, a full episode, or bonus content. These extensions will be read by the Podcast app and used to present a podcast in a richer way than the current, more linear, approach. (Since podcast feeds are just text, other podcast apps will be free to follow Apple’s lead and also alter how they display podcasts based on these tags.) 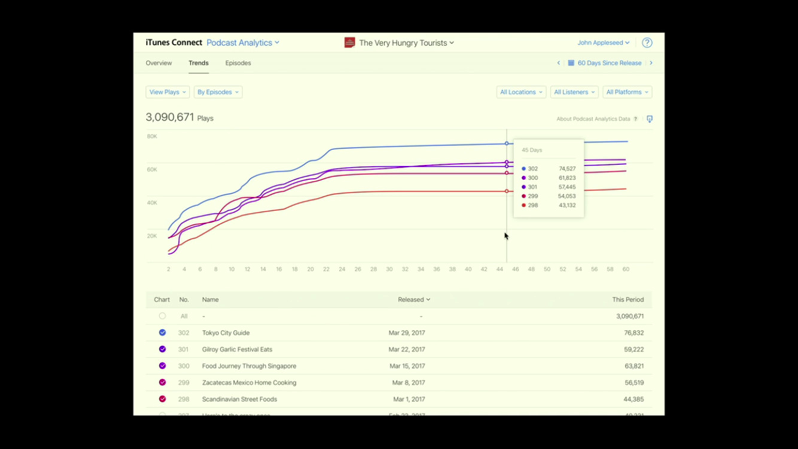 Also, for the first time podcasters and podcast advertisers will get analytics data for podcasts, available for each episode. Apple said anonymized data will now let podcasters know how many people are listening and for how long, plus where they stopped or skipped during an episode, presumably revealing how listeners respond to podcast sponsors and ads. The data will be general listening behaviour and not tied to an individual listener, to maintain privacy.