PokeLand is the Next Pokemon Game for iOS and Android 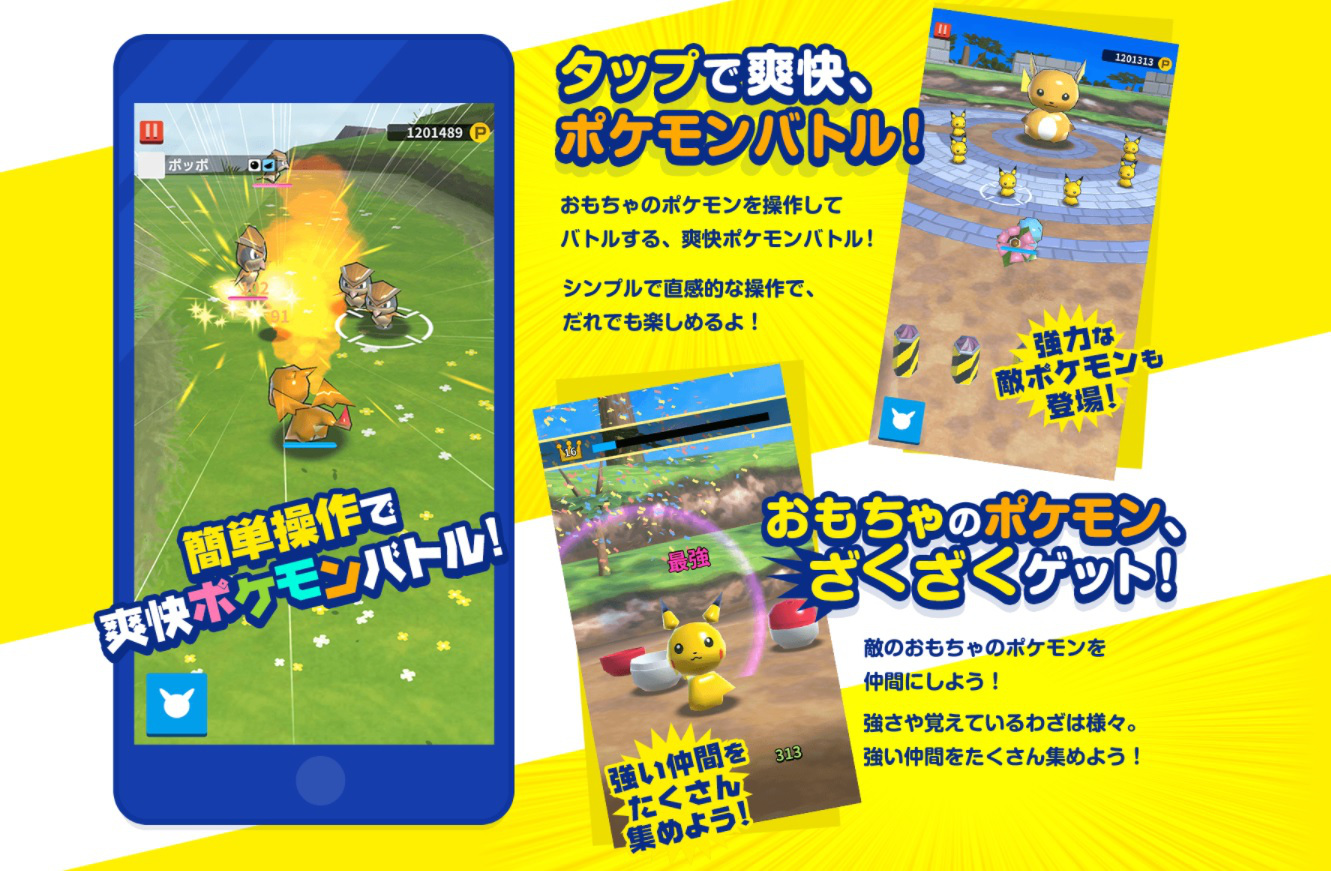 In the months since Pokemon Go launched on the App Store and Google Play, The Pokemon Company has released two other Pokemon mobile games: Pokemon Duel and Pokemon: Magikarp Jump.

Today, the trend continued with the announcement of yet another Pokemon app called PokeLand. The new title will be released for iOS and Android devices and will serve as a continuation of the Pokemon Rumble series.

In PokeLand, players will collect toy versions of their favorite Pokemon, battle through a series of islands and attempt to reach the top of the Champion Tower. This alpha test build of the game will feature 52 stages, 15 floors of the Champion Tower to climb, and 134 different Pokemon to discover.

Starting today and running up through June 9, PokeLand will undergo alpha testing in Japan on Android devices. There’s no word on when the game will release or if it will make its way outside of Japan.

Last month, Amazon Canada and Affirm announced monthly payments would be launching and this week they went live. On eligible items, you can now see mention of how much you can pay for the item over a period of months with Affirm, noted underneath pricing. You can see the Affirm line on the Apple Watch […]
Gary Ng
16 mins ago