According to Regina Police, Pokemon GO is causing car accidents in the city, and they’re warning the public to play safely.

Yesterday, the police force tweeted they’ve had a couple motor vehicle collisions involving the game already, and are urging the public to please “don’t catch and drive.” 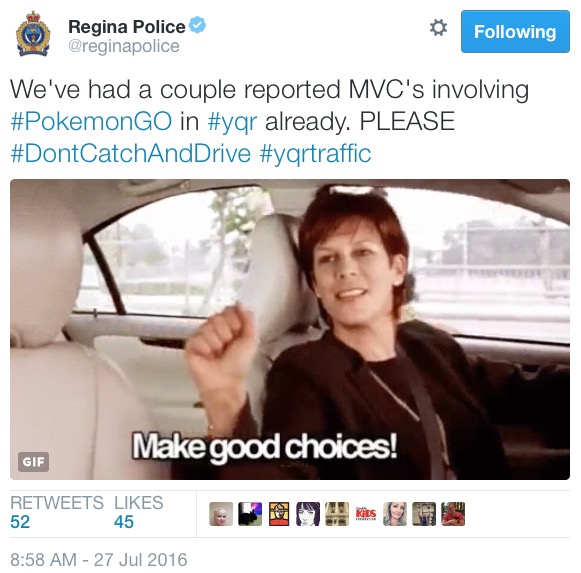 On July 19, Cst. Warner from the Regina Police Service Traffic Safety Unit, said “Had my first #PokemonGO call for service. One player was complaining about another player in a truck #facepalm2016”. 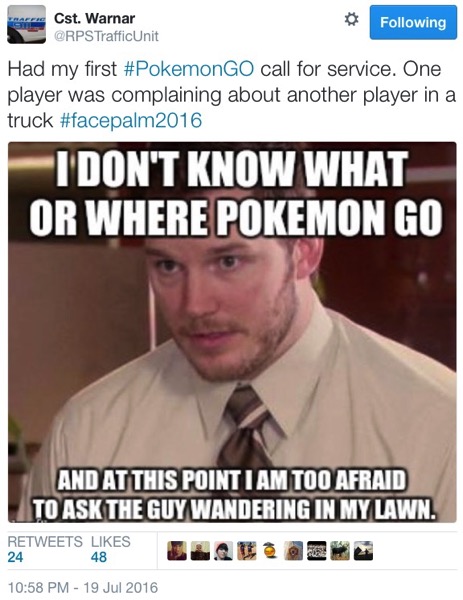 Pokemon GO is consuming the minds of some players, as a recent Global News Ipsos poll saw 29% of respondents admit the game was “taking over their lives.” Recently, one Pokemon GO player complained to police she was nearly struck by a driver—who turned out to be also playing the game.

Playing the game means watching your screen for Pokemon to appear, which causes many to lose track of where they are walking. A couple Canadian teens lost track of where they were walking and crossed the Canada-USA border playing Pokemon GO. Recently, one woman appeared to be so angry at player congregating outside her apartment, she shot at them from the roof with a pellet gun.

I’ve seen a lot of people playing the game responsibly and having fun, but all it takes is one bozo to create bad press for all Pokemon GO Players.

While releasing the first trailer for the Antoine Fuqua-directed historical drama, Apple has today announced that Will Smith’s next film ‘Emancipation' will premiere in theaters on Dec. 2 and will stream on Apple TV+ starting Dec. 9. According to Variety, Apple’s decision to delay the film to 2023 after Smith became embroiled in controversy for slapping...
Usman Qureshi
30 mins ago