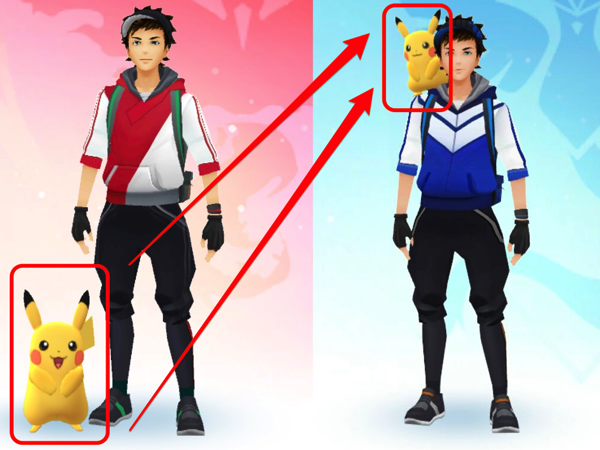 Pokémon Go’s latest update is now being rolled out to players across the world with some new features, and as pointed out by Business Insider, it brings a cute hidden secret for the franchise fans as well. One of the new features added to the game is the “Buddy System”, which allows you to pick one of your Pokémon to walk alongside your avatar the map, earning candy as you walk around. But here’s the Easter egg:

“The coolest secret related to this new feature happens when you select a Pikachu to be your buddy: After walking 10 km with Pikachu at your side, it will hop up onto your shoulder! This Easter egg was discovered by The Silph Road, a community of Pokémon Go players that use the game’s data to crowdsource solutions to its often obscure innerworkings.

Much like the Easter egg that lets players control their Eevee’s evolutions based on what they name it, this Easter egg is a reference to the Pokémon animated series”.

In the Pokémon animated series, Pikachu wasn’t particularly fond of his trainer Ash. But after some time together, their bond grew stronger and he could often be seen perched on Ash’s shoulder.

If you come across any other cute surprises or Easter eggs like this in the latest update, do let us know!