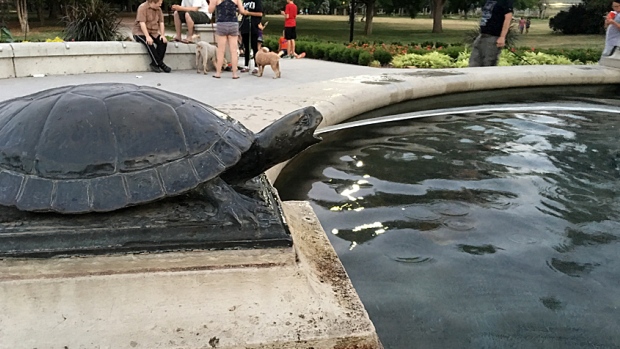 Matthew Green, the Ward 3 councillor for the City of Hamilton, is pitching a Pokemon Go-inspired experiment to bring free wireless Internet to Gage Park.

In a statement, Green, who will put forward a motion asking for a feasibility study on the Pikachu-powered pilot, said:

“Pokémon trainers from far and wide have been gathering in Gage Park in their quest to catch ’em all. In the process, they’re enjoying one of southern Ontario’s best green spaces.

You can tell when someone is playing the game versus someone walking down the street checking texts and emails,” he said. “It’s a different type of stagger. At night, with the glow of the devices on the faces of the hunters, I am reminded of zombies staggering about.”

Green said the inspiration for the motion came from watching hundreds of people, young and old gather in the east-end park to play the popular game on smartphones last week. Gage Park is one of the city’s most popular spots to catch virtual creatures in the location-based game. Green said he’s happy that Pokemon Go has attracted so many visitors to the area.

Long-term, Green argued, there is a case to make Wi-Fi available in parks, along major transit corridors and even at bus stops. The board member for City Housing Hamilton also wants to explore making such service available at municipal social housing facilities.

Green’s motion proposes to use non-tax-levy funding, such as lease revenues from telecommunications towers in the ward, to test-drive free Wi-Fi in Gage Park. The city actually studied but ultimately recommended against a plan to extend Wi-Fi coverage to some or all parks in 2013.

Right now, the city provides free Wi-Fi at 133 sites, including libraries, community centres, offices, City Hall and even some public works yards, but not specifically at parks. The 2013 report estimated it would cost close to $90,000 to extend Wi-Fi coverage across Gage Park, which has a greenhouse with fibre-optic cable access. A single access point would cost closer to $5,000 to install.