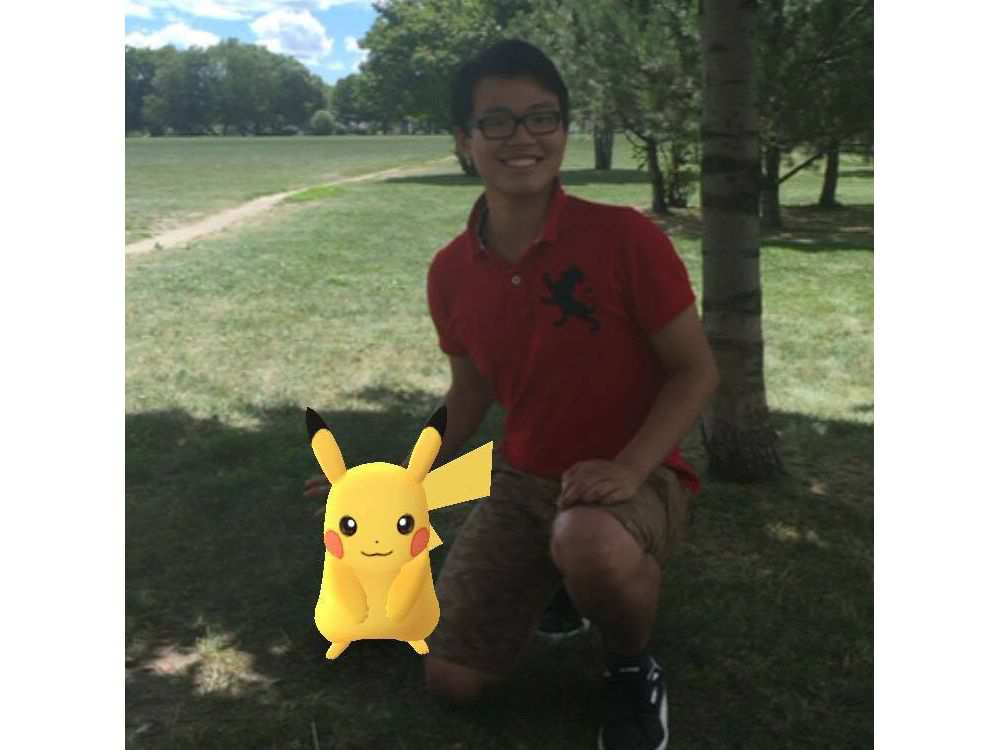 Jack Lau, a 19-year-old University of Ottawa finance student, claims that he is one of the first Pokemon Go players in Ottawa to catch all 142 available Pokemon in North America.

There are an additional three Pokemon which are available only in specific regions. Europe’s exclusive Pokemon is Mr. Mime, while Hong Kong contains Farfetch’d and Australia contains Kangaskhan. 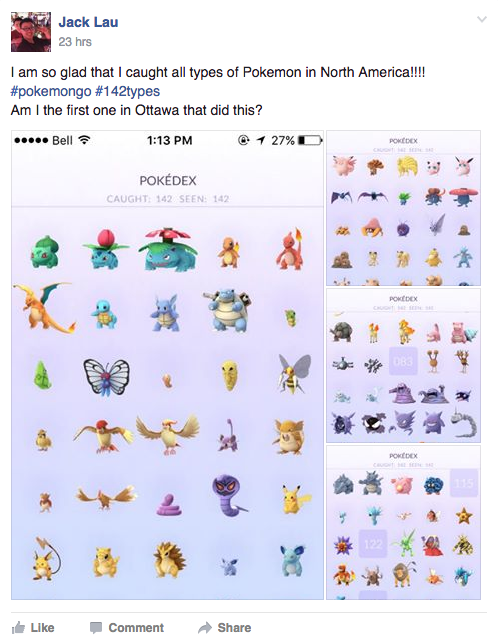 On Thursday, Lau posted his achievement on Facebook group, which contains screenshots of his full collection. In a statement to the Ottawa Citizen, Lau said:

“I haven’t really been sleeping for the past three weeks. Yesterday when I caught the 142nd Pokémon, immediately I stopped playing the game. I was like, ‘I need some rest.’

I wanted to be one of the very first people to complete the list, so I was competing against time,” said Lau, a Pokémon fan since he was young. “I actually don’t know (if I’m the first). That’s why I posted on Facebook. There must be people who made it faster than me in terms of completing it. But I’ve never seen them post it.”

Earlier this week, Brooklyn-based Nick Johnson was announced to be the first Pokemon Go player to catch all 142 currently available Pokemon in the United States. Johnson and his girlfriend will be going on a free trip sponsored by Marriott Rewards and Expedia to complete the game.

There are a total of six Pokemon in the game that have not been seen anywhere in the world. Those six Pokemon are: Ditto, Zapdos, Articuno, Moltres, Mewtwo and Mew.