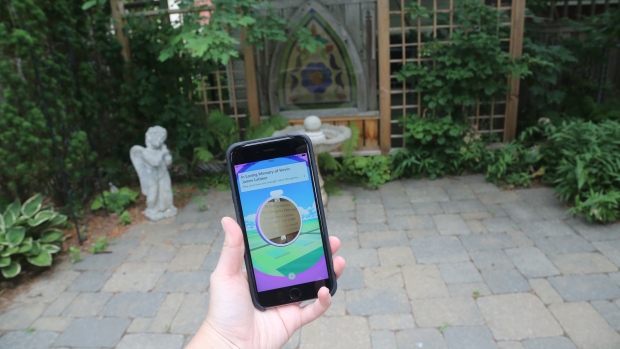 A Nanaimo, British Columbia, mother has deemed the new Pokemon Go video game disrespectful after it turned her two-year-old son’s memorial into a PokeStop, which is a place where players can collect items.

Jenny Latimer’s son Kevin tragically died in 2004 after he fell from his father’s apartment window during a court-ordered visit. A memorial was then set up for the toddler at St. Luke’s Anglican Church in Burlington, Ontario. Latimer’s family first became aware of the PokeStop on Sunday after the mom’s cousin, Allen Harrington, drove by the toddler’s memorial. Harrington was on his way to his grandmother’s home when he noticed the site pop up in Pokemon Go. However, the B.C. mom didn’t find out about the PokeStop until Monday.

In Pokemon Go, a photo of the plaque at Kevin’s memorial shows up on the game screen. The plaque reads: “In loving memory my courageous little angel. May your love and strength shine through to us forever.”

Yesterday, Latimer told CBC on Monday that Pokemon Go creator Niantic has removed the PokeStop from her son’s memorial. The company is now updating the game so “it remains fun for players but respects the real world.”