Police Ramping Up Campaign Against Distracted Driving in B.C. 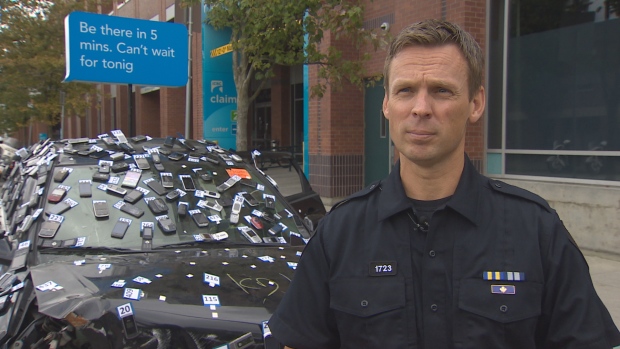 Earlier this week, the fine for distracted driving in Ontario was raised to a minimum of nearly $500 along with three demerit points and today, another report by CBC News is claiming that both RCMP and the police are launching a new campaign against distracted driving this month, throughout B.C. While announcing the new campaign, Vancouver Police Const. Brian Montague highlighted that on average, 88 people die on B.C. roads each year due to distracted driving.

“No text and no email is more important than the lives of yourself, the lives of your family and the lives of others on the road,” said Const. Brian. About one-quarter of all deaths on B.C. roads involve distracted driving — whether that’s due to speaking on a cellphone, programing a GPS, or having a bite to eat.

“Distracted driving is quickly becoming one of the leading causes of deaths on our roads,” Montague said. “It is against the law to use any electronic device while driving unless it is hands-free.”

In B.C., current penalty for using a mobile device while driving is $167 and three demerit points. Furthermore, drivers may also be handed a $368 ticket for driving without due care and attention, or a $109 ticket for having the ability to drive obstructed, Montague added.

Meanwhile, Staff Sergeant Dale Somerville, program manager of B.C. RCMP Traffic Services, also said that he supports increasing fines in B.C. “Do not sacrifice your safety,” he said. “Keep your hands on the wheel and your eyes on the road”.