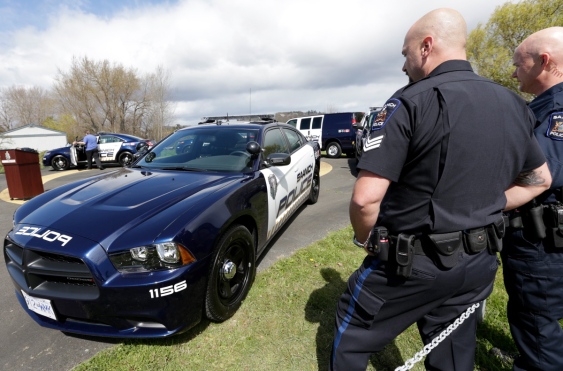 image via the Times Colonist

Apple’s Find my iPhone is becoming a handy tool for police officers in Victoria. Saanich Police used the feature to locate and arrest a 40-year old man after he had stolen over $1,000 in cash and four iPhones from two separate businesses on Monday night, reports Victoria News:

At about 7 p.m. on Monday, Jan. 20 a man entered a business on the 3500-block of Quadra St. He waited for an employee to go to the back of the store and then went behind the front desk and stole a large amount of cash, all in front of a witness.

The witness called the police and gave a description of the man.

At about 9:15 p.m., staff at a restaurant about four blocks away from the first business reported that a man came in, sat down, and pretended to head for the washroom, but then entered a back storeroom and stole four iPhones from employees.

He left out the back, which staff found suspicious, so they checked surveillance video and provided information to the police.

It turns out one of the staff iPhones from the restaurant had Find my iPhone enabled which allowed them to track down the device which was several blocks away. There, the suspect matching the description was apprehended in the 900-block of McKenzie Ave and now faces two charges of theft under $5,000.