According to a Calgary Sun report, Calgary Police Chief Roger Chaffin was among those at the Canadian Association of Chiefs of Police, who voted yesterday to ask for legal means to force Canadians to give up their phone passwords, saying it would help law enforcement keep pace with cyber-crime. However, civil liberties advocates believe such a law would clash with the Charter of Rights and Freedoms. 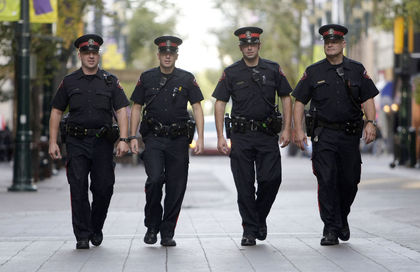 Rocky Mountain Civil Liberties Association director Sharon Polsky said, “When the chiefs of police want this sort of self-incrimination and openness, will it apply to them as well?”. Deputy Chief Sat Parhar, who was in Ottawa with Chaffin to vote on the resolution, said “We’re just saying this needs to be represented in the rulebook. You don’t want the police doing things without some sort of guidance through the law”.

In a press conference Tuesday, RCMP Assistant Commissioner Joe Oliver said criminals are operating in complete anonymity online in Canada thanks to encryption, concealing everything from identities to messages. Police call the phenomenon “going dark.” “Canada’s law and policing capabilities must keep pace with the evolution of technology,” Oliver said.

But Polsky said such measures haven’t kept Canadians safe in the past. “We’re being told that we have to give up our freedom and right to privacy for some vague promise,” she said. “It started with 9/11 and since then, all we’ve heard is that we have to give up some of our freedoms to get security… It hasn’t stopped terrorism, it hasn’t stopped crime.”

Current laws do not allow police to compel someone to give them a password. However, increasing demands for access to online communications, and the concerns of civil libertarians about privacy rights, is creating tensions around the globe.

Microsoft has revealed the first wave of Xbox Game Pass titles arriving on the service throughout October 2022. Kicking off the month, many of the games capture the spirit of the spooky season, leading into Halloween. This month, Xbox Game Pass subscribers can gain access to brand new titles available day and date such as...
Steve Vegvari
58 mins ago