PopCap Says “In-App Purchases” Are Essential For Games Like Plants vs. Zombies 2 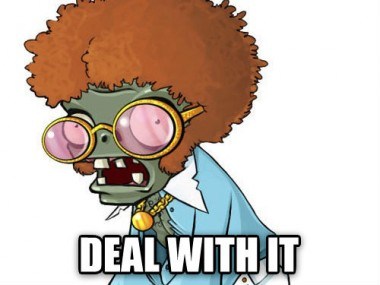 PopCap’s Plants vs Zombies 2, which is available as a free download in the App Store and is supported by in-app purchases, has crossed 25 million downloads worldwide in less than two weeks of its launch, which is more than the lifetime download numbers of the original game from 2010. While some skilled players may be able to beat the game without spending any money, it will take a lot longer. Those looking to speed through the game’s worlds faster, will need to get some of the more advanced plants which are only available through in-app purchases.

“When people hear things like ‘free-to-play’ or ‘freemium,’ in their heads they think they know what that is,” Learner said in an interview with AllThingsD. “What we’ve seen with Plants vs. Zombies is, in the vast majority, once you play the game, you understand that this is a very different approach to offering a free experience with optional payments inside.”

Learner declined to share any specific in-app purchase sales numbers, but said that they’ve met PopCap’s expectations. And, although he gets asked about it a lot, he said that the “small handful of dissenters” pleading for a paid version of the game without IAP shouldn’t hold their breath.

Learner revealed that in-game purchases are also coming to PopCap’s new games for other platforms, including Peggle 2 and Plants vs. Zombies: Garden Warfare for Xbox One.