In an interview with regional newspaper Westfalen-Blatt, Porsche Chief Executive Oliver Blume has made it clear that his company has no plans to join the likes of luxury carmakers such as BMW and Mercedes-Benz, who are seeking to build self-driving vehicles. “One wants to drive a Porsche by oneself,” Blume said, adding that Porsche wants its drivers to remain fully in control at the wheel (via Reuters). 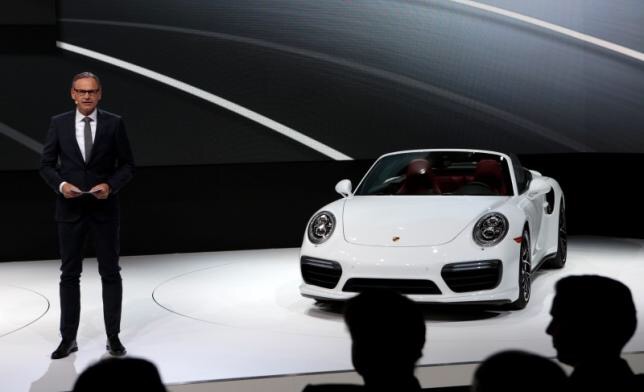 Blume also said that “an iPhone belongs in your pocket, not on the road”, explaining why Porsche did not team up with any big technology company. According to the Boston Consulting Group, the market penetration of vehicles with autonomous features is expected to reach 13% by 2025, which would represent a market of around $42 billion.

Stuttgart-based Porsche, which stresses the performance and feel of its cars in its marketing, does plan to offer hybrid versions of all its models in the foreseeable future as it struggles to lower emissions across the fleet. A plug-in hybrid of the 911 model with a range of 50 km (31 miles) will hit the market as early as 2018, Blume said.

Porsche also plans to spend about 1 billion euros ($1.1 billion) on production facilities at its biggest plant to build the Mission E, its first-ever all-electric model.

Porsche plans to launch its first all-electric model, Mission E, with over 600 horsepower and a range of over 500km within the next five years.