Looks like a Canadian airline has quickly jumped onto integrating Passbook as a check-in feature for its customers. Porter Airlines has posted on its Facebook page to announce Passbook support in iOS 6.

How to use Passbook with Porter Airlines?

1. Web check-in from your Passbook-supported iPhone 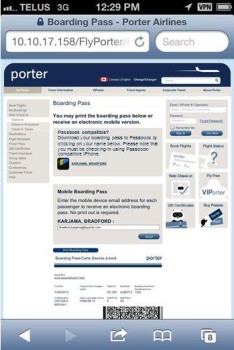 2. Launch Passbook on your iPhone and boom–your boarding pass will now be there. 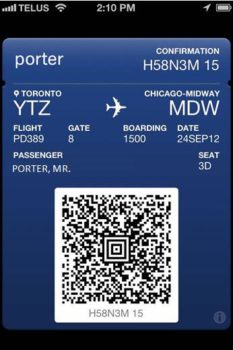 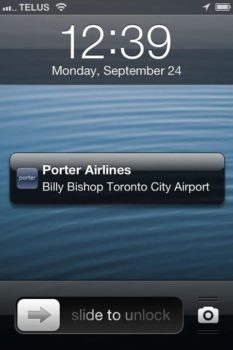 We previously showed you how Passbook works with Cineplex Mobile. Passbook is a repository to store coupons, passes, and tickets right on your iPhone. Currently, developers are quickly updating their apps to integrate the new feature for iPhone users. Starbucks will be adding Passbook support soon.

If you fly with Porter Airlines, let us know if you try this out!

An Apple employee is facing possible termination after posting a TikTok video that has since gone viral. Paris Campbell, who has worked at Apple for six years, posted a TikTok offering some advice to another user who lost their iPhone at Coachella. Campell now allegedly faces termination for identifying herself as an Apple employee, discussing...
Steve Vegvari
41 mins ago