Every year Apple holds their WWDC event in the summer months. The event has a large focus on Apple product developers however there have been some major product releases as well.

In the last two years, Apple has released the iPhone 3G and iPhone 3GS at WWDC and the annual summer event is now Apple’s only remaining trade show. WWDC 2010 could bring new things for Apple including a new iPhone, updated iPhone firmware, or the much talked about Apple Tablet.

Checking out the Moscone West (where WWDC is typically held) event schedule, the calendar has June 28th – July 2nd 2010 scheduled for a “Corporate Event”. In both 2008 and 2009, the “Corporate Event” placeholder has revealed to be Apple’s WWDC event.

So what do you think? Will we see the iPhone 4G? Firmware 4.0? iTablet? 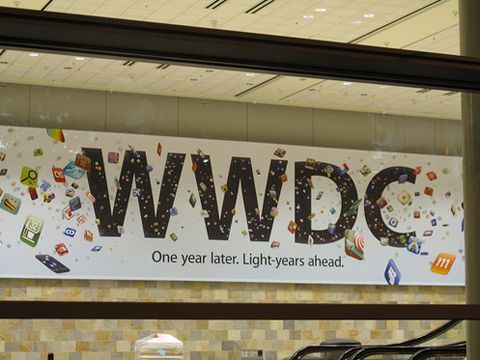