PowerEZ Plus – Portable Power for Your iPhone

If you’re some one who spends a lot of time on the road, you know the pains of the seeing the 20% battery warning early in the day. It can be a challenge, keeping a charger every where you go, and having a place to plug it in. The solution for this, is a portable battery charger. There are a few on the market, and we’re going to take a look at the PowerEZ Plus, from Konnet.

The PowerEZ Plus is a compact back up battery for all Apple iDevices that have the 30 pin dock connection, excluding the iPad. It holds about 1 full charge for the iPhone 3GS, which works out to a little less for the iPhone 4 and a little more for older devices. You simply connect the battery pack, press and hold the power button, and your device begins charging.

The cool extra thing about the PowerEZ Plus, is that it has a built in kick stand for watching video in landscape mode. As you know, watching video is typically what kills most people’s battery life. This is a cool extra feature that gives it an edge on the competition. 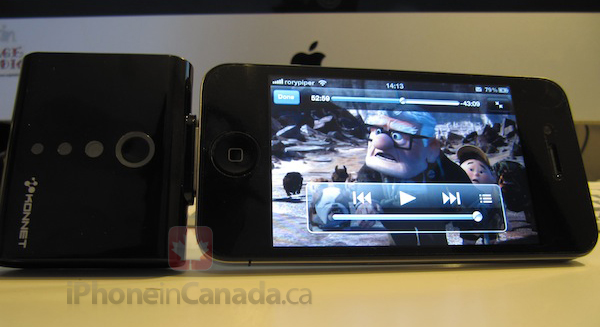 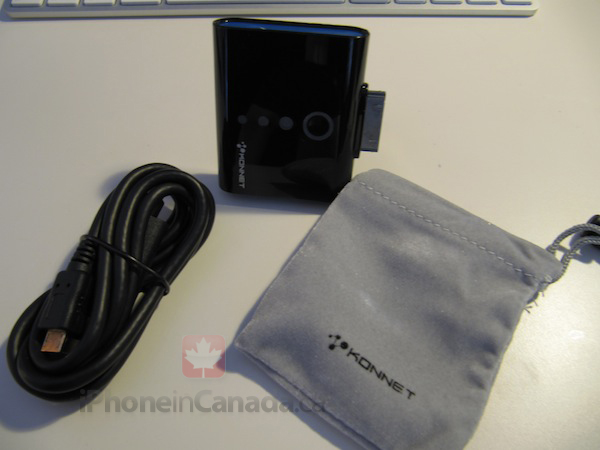 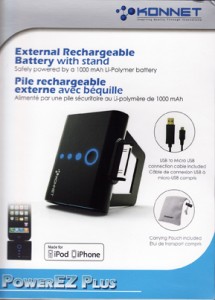 KONNET Technology announces the release of the PowerEZ Plus, a 1000mAh external charging solution for the iPhone and iPod family of devices, including the new iPhone 4. Affordably priced at $29.99 (US) or $34.99 (CDN), the PowerEZ Plus is the ultimate double-tasking battery pack: it also serves as a sturdy, retractable prop for iPod/iPhone movie watching in widescreen format.

Nearly .5 inches thick, the PowerEZ Plus attaches to the bottom of an iDevice to provide slightly less than full charge for users on-the-go. Four contemporary LED lights convey how much juice is left in the pack; if it needs recharging, simply connect the PowerEZ Plus to your computer using a USB charge and sync cable (included with purchase).

Featuring â€œSmart Chargingâ€ technology and â€œOver-Current Protectionâ€, the PowerEZ Plus avoids over-charging your device by shutting down when it senses a full tank. With the press of a button, you can also control how much charge is transferred. Keeping nature and the elements in mind, the PowerEZ Plusâ€™ Li-Polymer battery is environmentally safe and includes a free carrying pouch for protection.

I liked this charger, a lot. It is super portable and comes with it’s own carrying pouch. Fits in your pocket, easily, so it is always there if you need it. Charging speeds are average. This is something you’ll want to plug in the night before, so it’s ready to go in the morning. Charging your iDevice from this charger is normal speed, and it’s small enough, that you can still use your device as you normally would. The kick stand on the back is an awesome feature, allowing you to watch video without holding the device upright.

On the negative, the PowerEZ Plus, does not come with a normal AC charger. It charges via USB, so you need a computer or USB style charger to charge this back up battery. If you’re on the go, and need to recharge the back up battery, you cannot simply find an outlet to recharge it. Although, you would probably just plug in your device, if you were near an outlet. Also, some folks might like to see this integrated into a case for this device, so that it is moreÂ inconspicuous, but then it wouldn’t be universal to many different devices.

Overall, this is a great little charger. You can grab it online or in retail, from one of their many official resellers, for $29.99 USD.

You can follow me on Twitter: @rorypiper, and check out www.iEvolution.ca for more reviews and jailbreak news. rorypiper 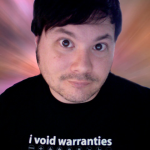 written by Mike McKinnon (aka rorypiper)