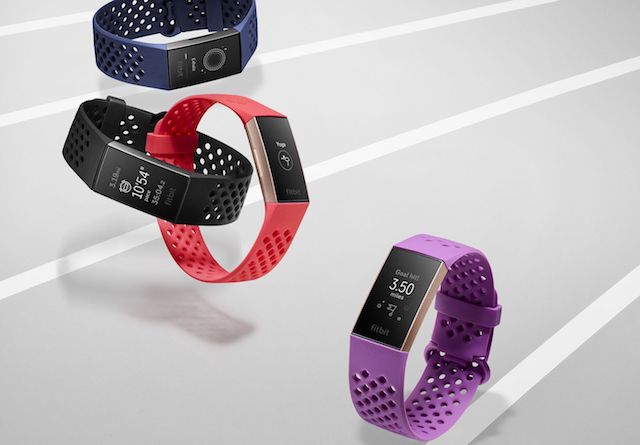 The new Charge 3 tracker looks quite similar to its predecessor at first look with a vertical black-and-white screen, albeit with a completely new aluminum body and a touchscreen Gorilla Glass 3 screen. The device is water resistant up to 50 meters and features an upgraded heart rate sensor for better accuracy along with the same SpO2 sensor as found on Fitbit’s smartwatches.

The physical button on the Charge 2 has also been replaced with a new “inductive button”. There are no moving parts, and the tactile “press” has been replaced by haptic feedback. Fitbit says that the change to the inductive button helped save room on the inside of the device for more battery and sensors. 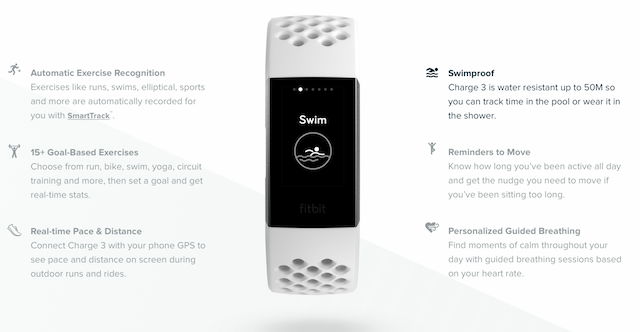 While there is still no onboard GPS, Charge 3 features a new goal-based exercise mode, which lets you set specific calorie, time, or distance goals ahead of your workout, a new run-detect feature, and fully readable app notifications for texts, calendar, and calls.

Fitbit Charge 3 will come in two models i.e. a Core version and a Special Edition that features NFC and supports Fitbit Pay for payments. Both versions are available now for preorder and will start shipping in October. Canadians will also be able to order the device via Amazon.ca, Best Buy, Indigo, SportChek, The Source, Staples, and Walmart.