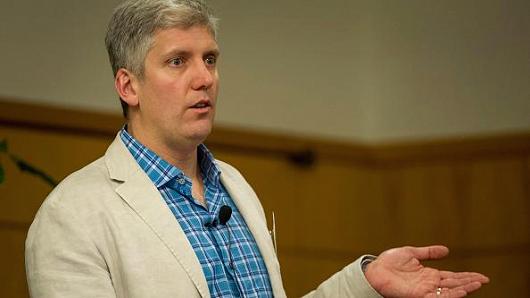 In a recent interview with the New Yorker, Jony Ive criticised Motorola’s “Moto Maker” service, which lets users personally customize a Moto X smartphone, calling it a way to reduce the role of the designer. Today, Rick Osterloh, the president of Motorola, has hit back at Apple’s design guru, slamming the iPhone’s prices, CNBC reports. “Consumers are after affordable phones and the outrageous prices that Apple charges are not the future”, he said.

“Our belief is that the end-user should be directly involved in the process of designing products,” Osterloh told the BBC on Wednesday. “We’re making the entire product line accessible. And frankly, we’re taking a directly opposite approach to them (Apple).”

“We do see a real dichotomy in this marketplace, where you’ve got people like Apple making so much money and charging such outrageous prices. We think that’s not the future,” the Motorola president said.

Osterloh also said that a great smartphone and a great mobile internet experience, shouldn’t be an expensive luxury. “It should be a simple choice for everyone”. He highlighted that an 16GB iPhone 6 costs $749, while Motorola’s higher-end Moto X starts only at $399.

Last year, Lenovo bought Motorola’s mobile business for $2.9 billion and since then, the company has been focusing on low to mid end devices to tap growth in the emerging markets.