Apple has announced a new animated TV show for kids and families that will premiere on Friday, February 11. 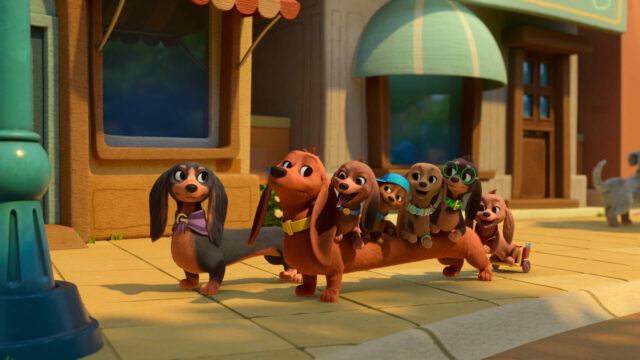 Announced alongside the arrival of its first trailer, new Apple TV+ show Pretzel and the Puppies will star Mark Duplass and Nasim Pedrad as voice talent.

The preschool series is based on the titular canine character of the book Pretzel, by Curious George creators Margret and H.A. Rey. Pretzel and the Puppies is a new story about the modern dog family led by stay-at-home dad Pretzel (Duplass), his five adorable Dachshund puppies, and mom Greta (Pedrad), the mayor of Muttgomery.

The press release explains: “When your dad is the ‘world’s longest dachshund,’ it puts a whole new twist on growing up! The eight episodes follow Pretzel, Greta and the puppies, in their hometown of Muttgomery. They are a modern and unique family who are always sniffing out ways to ‘Make Their Bark,’ and make the world a better place for their four-legged friends and neighbors. Pretzel and Greta encourage their pups to try to solve their own problems, often reminding them to ‘Get those PAWS UP!’ when they face a challenge.”