When Apple first introduced their wireless AirPods, people were quick to point out the compact charging case with its all-white design resembled a pack of dental floss (they actually do!).

For those able to acquire a set of AirPods, for the most part Apple’s wireless earbuds have surprised and delighted users for a 1.0 release. These things just work (although we haven’t experienced the battery drain issue–yet).

Now, it appears some people are actually disguising their AirPods with dental floss stickers, or even buying fake labels online, like the one seen below being offered by this Etsy seller ($7 CAD): 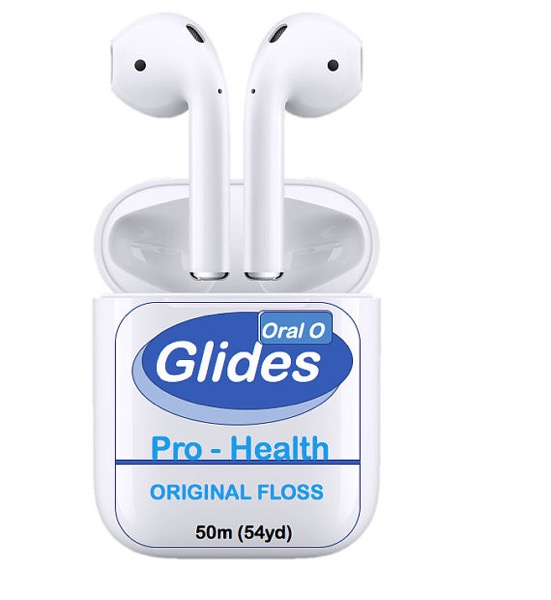 Others on Twitter have just taken labels off their floss packs to stick onto AirPods, like @Georgia_Dow from iMore: 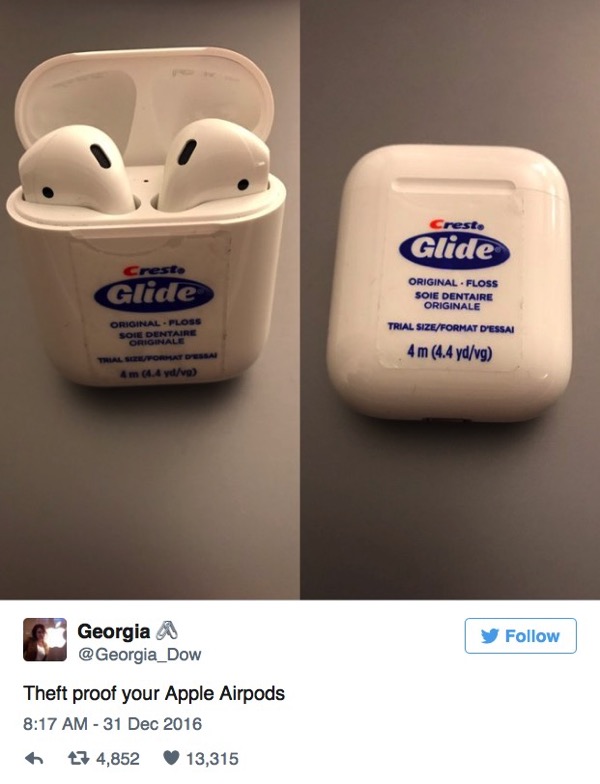 Anyone going to try this? The problem is if someone actually wants floss, instead they’ll end up with your dirty ear wax-laden AirPods instead.