Preview: Nintendo Switch Suite in Toronto Lets You Stay in Your Own Personal Mushroom Kingdom 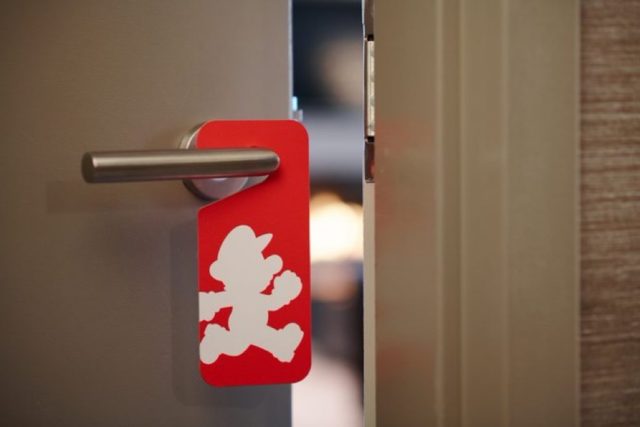 Nintendo Canada and Hotel X Toronto have collaborated to bring the Nintendo Switch Suite to life. Between March 11 through to the 26th, folks in the Toronto area can book their own unique stay and be immersed in a Nintendo-themed experience. Nintendo Canada invited us to preview the Mario inspired presidential suite. 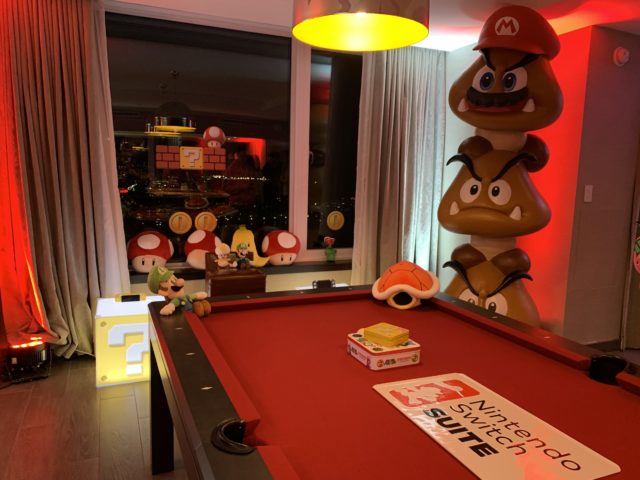 Walking into the 2100sq ft room, it was a sheer delight to see the decore that filled the space. Nintendo Canada and Hotel X Toronto pulled no punches to quickly make the statement that the Nintendo Switch Suite was dedicated to the fans of the brand and Mario franchise to create a memory that would be remembered.

Plush Super Mushrooms, Bullet Bills, Luigis, and Toads were only some of the few to be found hiding on various shelves and corners. Hanging on the walls, framed pieces of art of Goombas, Princess Peach, and Bowser were there to be taken in. I also found a collection of Nintendo board games and a pool table to play. 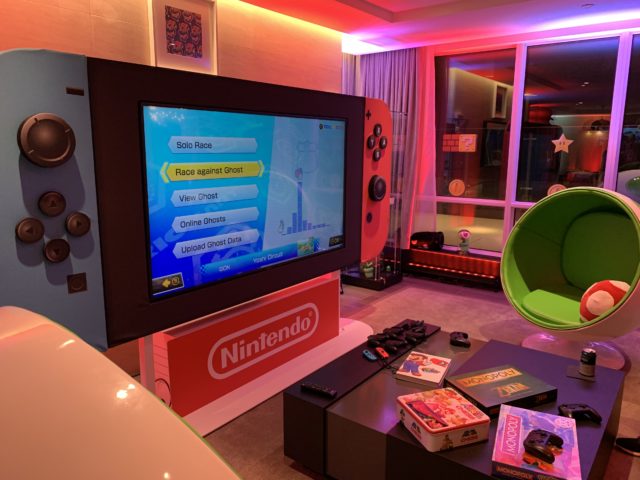 Of course, the suite was themed around the Nintendo Switch. In the presidential suite’s main space, a Nintendo Switch was hooked up to, well, a large TV made to look like Nintendo’s handheld-console hybrid. Although the buttons of large-scale Switch were for show, there were more than 50 Nintendo Switch games to sit down and play with including Mario Kart 8 Deluxe, Super Mario Maker 2, and Super Smash Bros. Ultimate. And yes, the Yoshi-themed egg chairs are as comfortable as they look. 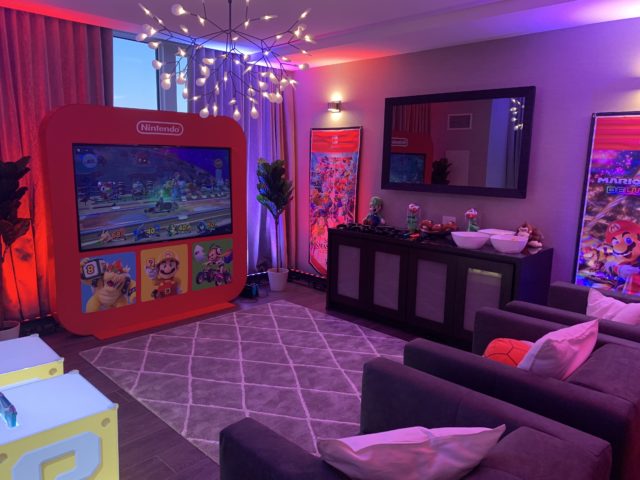 There was also a second room with another dedicated TV to play on. Three chairs are set up so friends and family can gather around for a round of a game of their choosing. If you’re looking to take your playtime off the bring screen, there were more than enough Switch Lite handhelds sitting in their own light-up Question Mark Block around the suite for consideration. 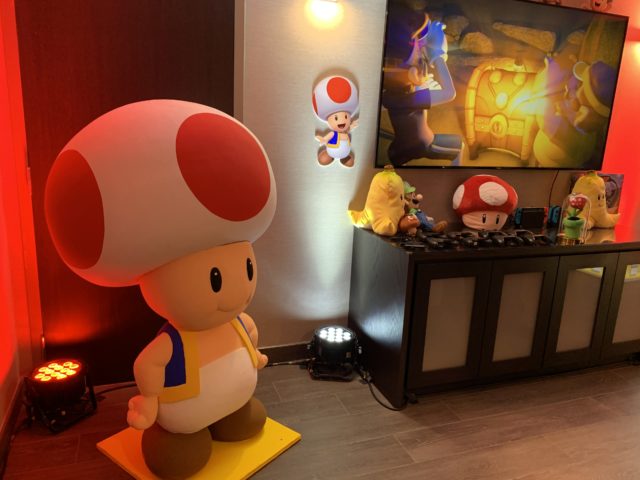 It was hard not to smile when looking at each and every corner of the suite. It was all authentically Nintendo and tasteful. There’s a certain charm that comes along with venturing into an open room and walking up to a large-scale Toad or overseeing the Toronto skyline with a Super Star and Brick Blocks posted on the windows.

The Nintendo Switch Suite appears to deliver on multiple fronts. Naturally, the experience is centred around die-hard fans of Mario and the worlds Nintendo has created over many years. As of now, the reservations of this $500/night suite has been sold out. However, if you are eager to see it for yourself, it may be worth keeping tabs on the reservation bookings at Hotel X Toronto in case any available slots open up. All proceeds from the collaboration will be donated to Starlight Children’s Foundation.

Here’s hoping there will be more unique Nintendo collaboration in Canada in the near future.