The Privy Council Office has posted a tender for the supply of 52 Mac computers, reports the National Post. This may come as a surprise, as it is believed that the PCO has been working mostly on Windows computers before this tender went out.

That, however, doesn’t rule out the existence of Macs in the PCO’s office. In fact, the National Post journalist was informed that it is not unusual for departments to have a small number of Apple computers in use “for specialised requirements.”

The PCO is the federal government department supporting the work of the prime minister, and both the Prime Minister’s Office (PMO) and PCO officials work closely together. And Trudeau is using Apple products, the reporter says, but he isn’t the only prime minister to have picked Apple products. Stephen Harper also used a MacBook, he says.

At this point it is unknown whether the Macs were picked for security reasons, but the reporter suggests that even IBM buys Apple computers instead of PCs due to the lower total cost of ownership, considering the costs of tech support.

Of course, there is the question of apps. Microsoft usually rules in this area with its Office applications. Apple has its own version of such productivity tools – think Pages, Number and Keynote – but it lacks software that matches, for example, Access. 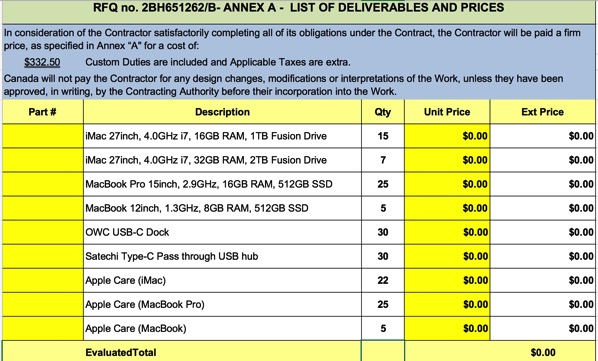