When Apple normally releases a new iPhone, the pre-order time is usually 12:01AM PDT/3:01AM EDT on launch day, typically a Friday.

Tomorrow marks the launch of pre-orders for the (PRODUCT)RED iPhone 7/7 Plus in Canada and the USA, and pre-order times are different for this new colour option: it starts at 8AM PDT/11AM EDT. Yes, that’s right eastern time zone folks—you get to sleep in.

So if you’re out west, don’t stay up because you won’t be able to place pre-orders for (PRODUCT)RED iPhone 7/7 Plus tonight. As Apple clearly notes on their website, times are now starting in the morning: 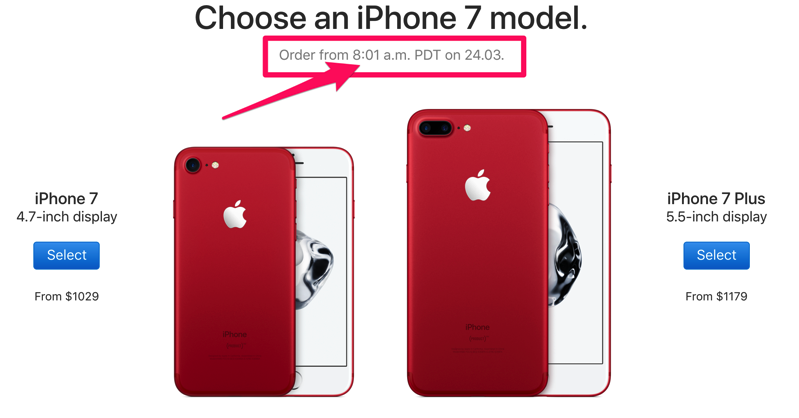 Make sure you tell your friends and family not to stay up tonight or set their alarms for the middle of the night.

Who’s ordering a red iPhone 7/7 Plus tomorrow? Stock will be limited for this ‘Special Edition’ of course…

Netflix has announced today they are rolling out the ability to great game handles, which are public usernames that can be used across the company’s slate of mobile games on iOS and Android. Supported games will have leaderboards such as Rival Pirates, Dominoes Café and Lucky Luna. How to create your Netflix game handle? It’s […]
Gary Ng
41 mins ago