Apple’s widely rumored augmented reality glasses will be released sometime between March and June of 2021, according to leaker and YouTuber Jon Prosser, contradicting a report Thursday from Apple analyst Ming-Chi Kuo that the product is on course for its debut in 2022. 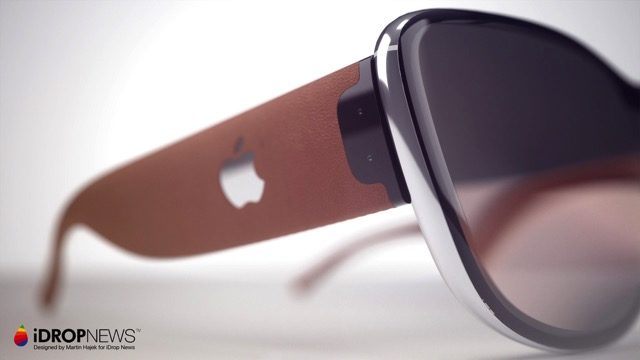 Prosser tweeted Friday that Kuo was “wrong” that the product would be released more than a year-and-a-half away, claiming “Apple Glasses are aimed for March-June 2021.” Prosser gave no other details to substantiate his claim.

The Front Page Tech editor boasted that he had even “seen” the Apple Glasses and that “they’re sleek as hell.”

I can’t believe I’m going against Kuo on this one… but I believe he’s wrong.

Apple Glasses are aimed for March-June 2021.

Will be showing you soon ? https://t.co/0GaOYDA5N8

Prosser has previously stated that the Apple Glasses will support 5G.

“I don’t think anyone has said this yet,” Prosser teased, “but the AR glasses are 5G. I believe they are just called Apple Glasses, and that they will run off 5G, and will heavily depend on your Apple Watch and iPhone.”

Prosser went on to say that he believes, although some processing and other functionality may be passed over to an iPhone or Watch, that Apple Glasses will have to work as a standalone device.

“I think they’ll still work even if you don’t have an Apple device with you,”  said Prosser. “And if you’re looking at someone that’s wearing Apple Glasses, and it’s displaying something on the screen, you can’t see it. They look like glasses; they don’t look like heavy machinery on your face. Almost exactly what you would expect from Apple.”

It’s important to keep in mind that Apple is rumoured to be working on two separate head-word products — the Apple Glasses and a bulkier AR headset. The headset is expected to launch before the glasses, but either way, it looks like there’s a bit of a wait ahead for both products.

As part of its continuing production diversification initiative, Apple has ordered for a portion of its AirPods and Beats headphones to be manufactured in India. Apple has begun to double down on manufacturing its devices in India. As a way to lower its dependence on China, Apple has made an order to its suppliers to...
Steve Vegvari
57 mins ago