In a new patent application published today by the US Patent and Trademark Office (USPTO), Apple has discussed displays having a substrate with a visually imperceptible texture that provides tactile sensations varying with an object contacting the surface. According to PatentlyApple, it seems that Apple is considering applying a new finish on displays for Macs as well as iOS devices that use Apple Pencil, like the iPad Pro. 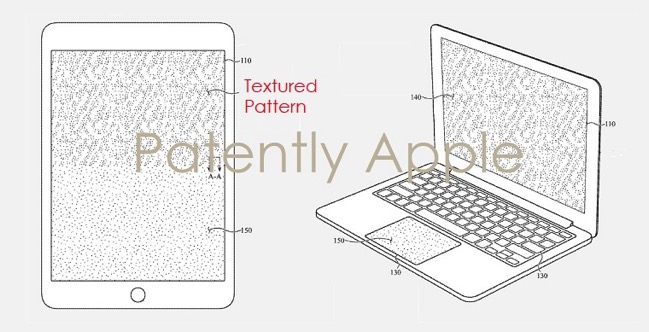 Apple notes that many electronic devices use an optically clear substrate, such as glass, sapphire or plastic, as a protective cover for a display device. These optically clear substrates are processed or otherwise manufactured to have a particular type of surface finish, which affects the brightness, contrast and other characteristic of the image output by the display device.

Apple’s invention relates to a substrate having a textured surface that is visually imperceptible.

The patent application was filed by Apple back in Q2 2016.