Back in March, encrypted email startup ProtonMail exited web-only beta service and released native apps for iOS and Android, offering end-to-end encrypted email service to mobile users. Today, the ProtonMail iOS app has received a significant update, allowing users to unlock encrypted mail by simply using Touch ID instead of having to use both their login and mailbox passwords. Users can also add a PIN number on top of that if they want an extra layer of security. 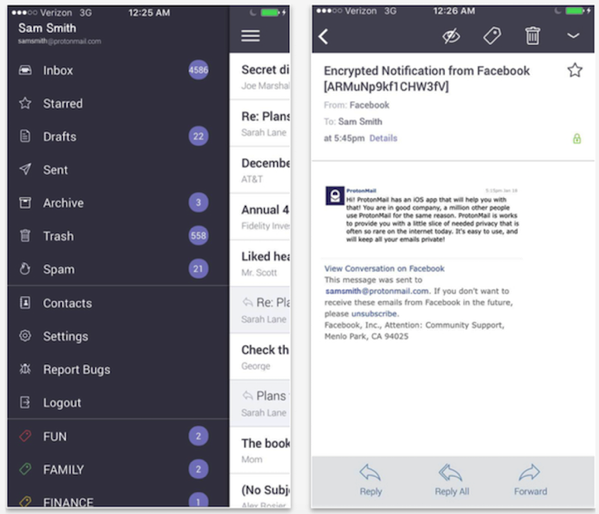 In addition to getting Touch ID support, the app now also supports attachments from iCloud and other third-party storage apps. There is also a new option to automatically show images in messages and password manager, in addition to minor bug fixes and performance enhancements. Paid ProtonMail Plus account holders also get the ability to edit mobile signatures.