Sony has just announced it will be rolling out Variable Refresh Rate (VRR) support to PS5 owners globally this week. On HDMI 2.1 VRR-compatible TVs and PC monitors, VRR dynamically syncs the refresh rate of the display to the PS5 console’s graphical output. 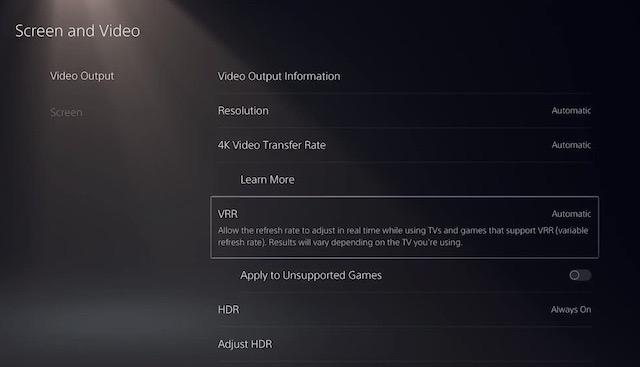 Previously released PS5 games can be fully optimized for VRR through a game patch and future games may include VRR support at launch.

VRR will arrive globally through a PS5 console update over the next few days (make sure you are connected to the internet to receive the update). Once you’ve received the update, VRR will automatically be enabled for supported games if your PS5 console is connected to an HDMI 2.1 VRR-compatible TV or PC monitor. You can also turn it off under “Screen and Video” in system settings.

Below are some of the PS5 games receiving VRR support at launch.