Last month, Sony unveiled the PlayStation 5 console design and surprised us with two versions. However, it’s not just the look of the console that’s received a major overhaul, the user interface is going to be quite different, too. 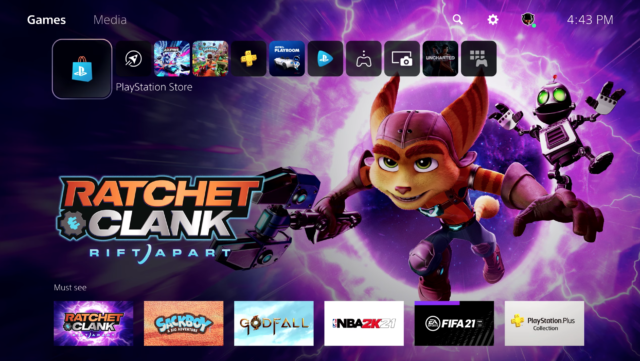 With four weeks to go until launch, Sony has finally offered a look at the PlayStation 5’s revamped user interface and user experience in a nearly 12-minute video and accompanying blog post.

The company detailed some elements of the PS5’s interface, notably a new Control Center pop-up menu. The feature, accessible by pressing the PlayStation button on the DualSense 5 controller, will allow you to quickly see who’s online, check the status of pending downloads, manage power, and view controller battery life.

There’s also a brand new feature called Activities which lets players “discover new gameplay opportunities, go back to things you missed, jump directly into levels or challenges you want to play, and much more.” The new feature is a kind of beacon for developers to point players toward objectives. Via a picture-in-picture mode, players can jump to different levels or see their in-game progress without going back to the PlayStation 5’s dashboard.

Users will also be able to join parties and games hosted by their friends directly from the control centre, switching between games with pace thanks to the PS5’s SSD. A new media sharing system also allows you to dictate captions for screenshots before sharing them, and screenshots will be shrouded with a spoiler warning for players who may not have seen that part of the game yet.

It’s worth bearing in mind that all this is still in a “pre-production environment,” so there’s a chance parts of the UI experience here may change before release.

Sony will release two PS5 consoles in November; the standard model and the digital-only models. They’ll set you back $629 CAD and $499, respectively.