PTT Research Analyst Certain Apple Will Use Sapphire in ‘iPhone 6’

Despite rumours suggesting that Apple may not opt for a sapphire display in ‘iPhone 6’ after all, Matt Margolis, an analyst with PTT Research, seems not only certain that Apple will use sapphire in place of Gorilla Glass, but that it will offer it on both the 4.7” and 5.5” iPhone models. According to Forbes, his belief is based on a detailed look at the financials of GT Advanced Technology. 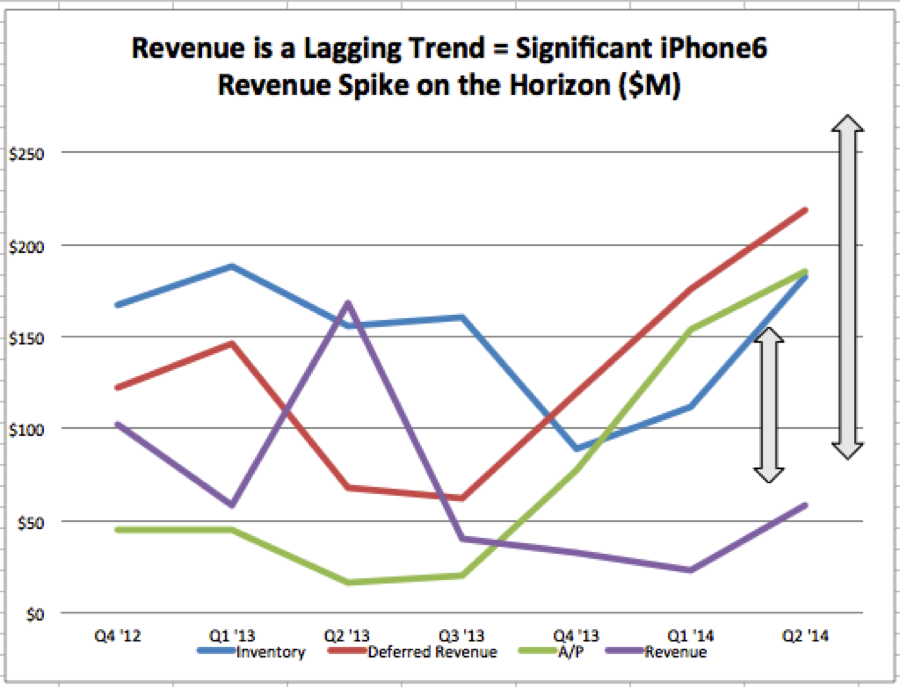 The analyst notes that observers are looking in the wrong place, “both figuratively and literally for the sapphire”. Even without the Mesa, Arizona facility having reached production volumes, Margolis believes Apple will get the sapphire it needs to build 70-80 million phones before the end of this year. He says GT has been increasing capacity in the Mesa building all year, starting with just 120 furnaces in January and expanding to about 2,600 now.

Importantly, though, GT isn’t new to making sapphire. Even without the new capacity it has had some capability to make sapphire for a long time and Margolis can show that GT has been hoarding sapphire. As the chart shows, GT has been building up a significant backlog of deferred revenue in recent quarters. While a portion of that is from its other products, the company reports that amount and it represents about $65 million in equipment as of the end of last quarter.

“What this means is GT is already sitting on enough sapphire to satisfy Apple’s needs for the iPhone 6 launch in September,” Margolis said. “This deal was in the making for 2 years. They’ve been preparing this for quite some time.”

While it’s quite possible Margolis has gotten caught up in the excitement of his own theory, that deferred GT Advanced revenue is going somewhere, and based on last year’s deal with Apple, it seems certain it’s an Apple product. What do you guys think?

American Express Canada and Metrolinx have just enabled tap-to-pay functionality on eligible PRESTO devices for GO Transit and Union Pearson (UP) Express in the Greater Toronto and Hamilton Area. Cardmembers can pay for their adult transit fare with a contactless-enabled American Express Card, mobile wallet, or payment-enabled smartwatch. To make for a seamless experience, Cardmembers...
Usman Qureshi
10 mins ago

WhatsApp is finally rolling out the ability for users to leave group chats silently without notifying all members of the group that they are no longer part of the conversation. When you leave a WhatsApp group silently, only the group admin will be notified that you have left the chat. Meet leave groups silently 👋...
Usman Qureshi
54 mins ago