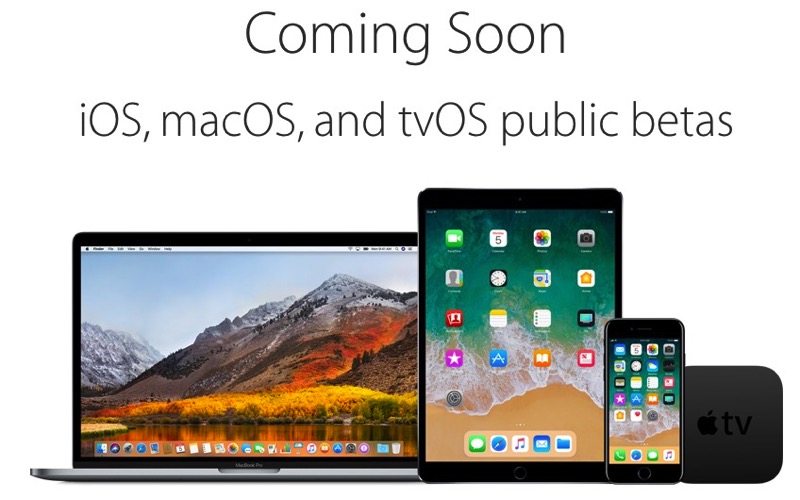 The iOS 11, macOS High Sierra, and tvOS 11 public betas are coming soon. As a member of the Apple Beta Software Program, you can help shape Apple software by test-driving pre-release versions and letting us know what you think. If you’re not already a member, sign up today.

Apple also explained to public beta testers in an email two-factor authentication will be automatically enabled for those who install iOS 11 or macOS High Sierra public betas:

If you install the iOS 11 or macOS High Sierra public betas this summer and meet the basic requirements, your Apple ID will be automatically updated to use two-factor authentication. This is our most advanced, easy-to-use account security, and it’s required to use some of the latest features of iOS, macOS, and iCloud.

Apple’s Beta Software Program allows members of the public to sign up to test beta versions, try the latest features and provide feedback via the Feedback Assistant app.