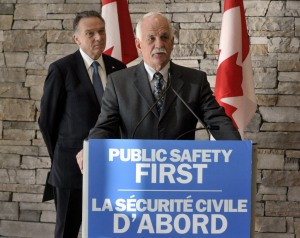 Just last March, the Federal Government announced changes to the Telecommunications Act to allow for foreign ownership of Canada’s wireless companies, up to 100% of companies that have a marketshare of 10% or less. The decision was made to further increase competitioin–but does it pose a threat to national security?

According to a letter marked ‘secret’ attained under Canada’s Freedom of Information Law Act by Bloomberg, Public Safety Canada warns Industry Canada of how changing foreign ownership rules for telecommunications could be a threat to national security:

“The security and intelligence community is of the view that lessening or removing restrictions from the Telecommunications Act, without implementing mitigation measures, would pose a considerable risk to public safety and national security,” Daniel Lavoie, a senior official with Public Safety, said in a letter to Industry Canada.

While Public Safety recognizes the “economic advantages of a prosperous Canadian telecommunications industry,” changes to the country’s system could impact “the integrity of Canada’s telecommunications sector and ultimately national security,” Lavoie said.

The letter brings into question that the ‘intelligence priorities’ set forth by Prime Minister Stephen Harper could be jeopardized due to foreign ownership of telecommunications.

The article mentions how Nortel believed it was breached by Chinese hackers in 2004 and asked the RCMP to investigate. Other countries such as the U.S. and Australia have recently denied Chinese-based Huawei to bid on government contracts for telecom work due to similar security concerns.

What do you think? Does foreign ownership of telcos pose a risk to our national security?