As highlighted by analytics firm App Annie, high-pofile TV ads now are becoming a common way for smartphone game publishers to promote their titles, and it seems that these commercials are actually resulting in significant gains among the number of active players, AppleInsider reports. Some of the mainstream companies that have received success with TV ads include King, Supercell, and Big Fish Games. 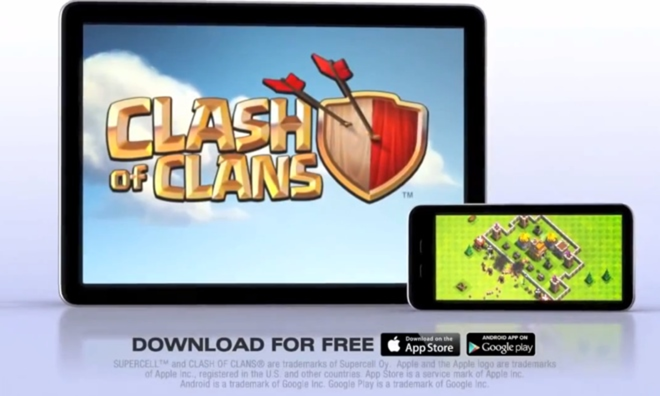 Just as Apple has promoted iPhone and iPad applications in the past with TV commercials, companies like Microsoft have also advertised titles like “Angry Birds Star Wars” to promote their own products. However, the source points out that currently airing commercials from publishers represent “a whole new direction for upstart free-to-play game makers on iOS, Android and other mobile platforms”.

“Commercials for major titles such as “Clash of Clans” began airing as recently as late 2013, and similar advertisements for mobile games have been common in markets such as Japan. But the practice is now spreading in a big way to the Western world, where titles such as “Big Fish Casino” were promoted on U.S. television in the month of February.

Publishers behind hit titles are likely now advertising on television because of the influx of cash that affords them that ability. In terms of revenue, Finland-based Supercell was the top game publisher on the iOS App Store in February, while King came in second place.”

Once again though, the top iOS game of the month remains the phenomenon known as “Flappy Bird”, which does not yet require any television advertising. By the way, are you guys still playing that one?